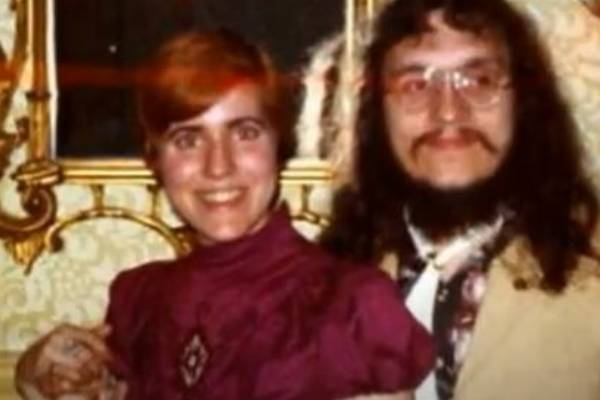 George R. R. Martin is not a new name for the fans of the series Game Of Thrones. As the author of the novel, A Song of Ice and Fire, on which the series is based, Martin has achieved significant success. Moreover, he shares a blissful marital life with Parris McBride, with whom he has been together for almost four decades.

Before his marriage to Parris, he was married to Gale Burnick. So naturally, fans are curious to know more about her. Thus, we have tried to fulfill your curiosity with the details about George R. R. Martin’s ex-wife, Gale Burnick, and her whereabouts.

As mentioned earlier, George R. R. Martin is in a blissful marriage with Parris McBride, who is his second wife. Before her, he was married to Gale Burnick. Although the former couple had first met at a Philcon while attending an East Coast science fiction convention, they did not begin their relationship right there.

The ex-pair got together romantically at the 1974 Worldcon in Washington. At that time, Gale was living in Philadelphia while her now-ex-husband was in Chicago.

After that, she moved in with him in an apartment which he used to share with other roommates and cats. Well, George R. R. Martin’s former wife did not like that, and soon they found their own place.

A year later, in November 1975, Gale and George exchanged the vows in a ceremony attended by their friends and family. Furthermore, in one of his blogs, he wrote that the now-former pair’s wedding song was “Bridge Over Troubled Waters.”

In 1979, George and Gale had bought a house in Santa Fe and were meant to move in together. Unfortunately, George R. R. Martin’s ex-wife Gale had already bought the house, and he remained in Iowa to complete his semester.

However, the same year they got divorced, and in one of his blogs, he wrote that the stress of relocation, change in career, and separation was the reason behind their divorce.

Moreover, the now-divorced couple does not have any kids together.

As mentioned above, George and Gale got divorced in 1979, and both of them moved on in their respective life. First, Gale moved to Minneapolis and later to Brooklyn.

Similarly, Gale Burnick’s husband, George, moved to the house in Santa Fe with his girlfriend, Parris McBride, whom he had met in 1975.

George and Parris were in the relationship for more than three decades and tied the knot on February 15, 2011. However, in their almost four decades of togetherness, Parris and George, too, do not have any kids together.

George R. R. Martin’s ex-wife, Gale Burnick, had attended Clarke University, where he used to work as a journalism and English instructor since 1976. She graduated in 1979, the same year that he resigned from his job.

However, anything about her major has not been revealed.

Her Former Husband Is A Popular Author

Gale Burnick’s ex-husband, George R. R. Martin, is a well-known American author. He came into prominence for his book, A Song of Ice and Fire. As mentioned above, before starting his career as an author, he worked as a journalism and English instructor at Clarke University from 1976 to 1978, and from 1978 to 1979, he worked as a Writer In Residence at the college.

After resigning from his job in 1979, Gale’s former beau pursued writing as a full-time career. Before that, Martin had written several short stories but could not make much profit. Because of that, he had stopped writing and had pursued the teaching profession.

In his career as a writer, Gale’s ex-husband has written and published several novels, short stories, children’s books, and many others. But his novel, A Song of Ice and Fire, became a huge success. The novel has seven volumes, among which five volumes; A Game of Thrones, A Clash of Kings, A Feast for Crows, A Storm of Swords, and A Dance With Dragons has already been released.

The book’s two other volumes, The Winds of Winter and A Dream of Spring, are still in development. Gale Burnick’s former husband, George R. R. Martin, has earned several awards and accolades for his works.

Despite the fame that Gale has gained as George’s former wife, she seems to be a private person. Neither has she made any public appearances, nor has she got any social media profiles. She might be living a great life away from the media and the limelight.

Nevertheless, we hope that we get to learn more about Gale Burnick in the future.