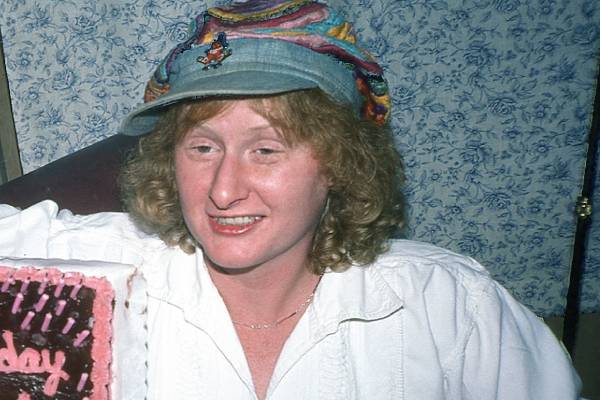 If you are a fan of the popular HBO series, Game of Throne, then George R. R. Martin is not a new name to you. Well, he is the author of the novel, A Song of Ice and Fire, from which the show, A Game of Thrones was based. Talking about his personal life, he shares a blissful marriage with Parris McBride.

Parris and George have been married for a decade now. They both are living a great life together. Here are some of the facts about George R. R. Martin’s wife, Parris McBride.

Is The Second Wife of George R. R. Martin

As stated earlier, George R. R. Martin shares a blissful marital life with Parris McBride. However, before exchanging the vows with her, he was married to Gale Burnick. The former couple, George and Gale, exchanged the vows in 1975, and they got divorced in 1979.

After his divorce, Martin moved to Santa Fe and settled there alone, and later in 1981, Parris moved in with him. The couple had met in 1975 at the Kubla Khan Sci-Fi convention. The pair were drawn to each other right after their first meet but did not start dating immediately.

Although they had tied the knot in a small and intimate ceremony at their Santa Fe home, Parris and George held a larger reception and ceremony on August 19, 2011, at Renovation, the 69th World Science Fiction Convention.

As of 2021, Parris and George are married for 10 years, and their marriage is still going strong.

George R. R. Martin’s Wife Is The Devourer Of Crabs

In one of the blogs written about Parris, Martin mentioned that she is the devourer of crabs and even said not to get between her and a crab, especially the blue crabs from the Chesapeake Bay.

Parris’ husband George also added a photo of her eating crabs during the 1983 Worldcon in Baltimore. The concom combined the Hugo Awards with a crab feast, and she got to devour hundreds of crabs.

George R. R. Martin’s wife, Parris McBride, is a philanthropist and a huge proponent of animal rights. Furthermore, following their marriage, she asked friends and fans not to send gifts but instead requested them to donate money to charities, working for the welfare of animals.

Parris and her husband are supporters of the Wild Spirit Wolf Sanctuary in New Mexico. Moreover, the fans of the Brotherhood Without Banners sponsored a wolf in her name and even made her a “wolf mother.” In addition, she assisted the Pearl Foundation in raising funds in 2013 to provide scholarships for writing students.

Similarly, in 2015, she pledged $2.7 million to an arts collective called Meow Wolf. Apart from being a philanthropist and animal activist, Parris is also a blogger who runs a live journal about her life.

Is A Huge “Game Of Thrones” Fan

GoT is a popular fantasy drama tv series, which is an adaptation of A Song of Ice and Fire, a novel authored by Parris McBride’s husband, George R. R. Martin. The show was first released on April 17, 2011, and ran for 8 seasons.

The show starring Sophie Turner, Emilia Clarke, John Bradley, Kit Harington, Peter Dinklage, Maisie Williams, and many others have gained enormous fame around the globe. Well, one of the fans is Martin’s wife, Parris.

Furthermore, she even made him promise he would never kill the character Arya Stark, portrayed by Maisie Williams. Arya is her favorite character so, it is no surprise that she asked her husband not to kill her. Parris’s husband also named a GoT character for their cat Mulligan.

They Do Not Have Kids

Despite being together for several years, Martin and McBride do not have any kids together. Instead of kids, they seem to have adopted cats. The couple has several cats, and Mulligan was the first who lived with them for several years. As mentioned earlier, Parris’s husband, George, named a GoT character after the cat.

George’s wife Parris might be doing great with him. However, despite the fame that she has gained because of her husband’s popularity, she prefers to live a private life away from the limelight. Furthermore, Parris does not have any social media profiles.