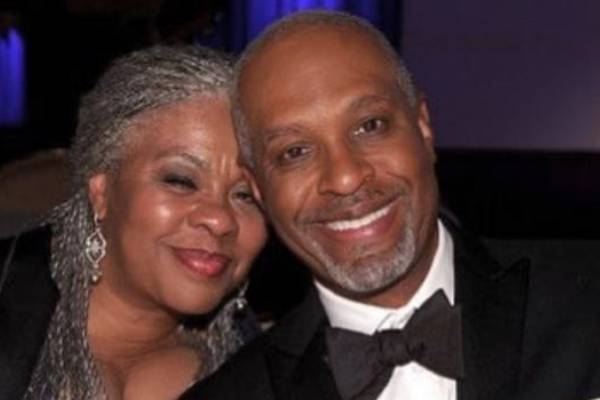 Gina Taylor-Pickens is the lovely wife of popular American actor James Pickens Jr. She and her husband have been together for a long time now and are parents of two kids. She came into the limelight as Grey’s Anatomy star James Pickens Jr.’s wife.

For now, let’s learn in detail about James Pickens Jr.’s partner, Gina Taylor-Pickens, and her whereabouts.

Has Been Married For A Long Time Now

As mentioned earlier, James Pickens Jr. shares a blissful and happy marriage with his partner, Gina Taylor-Pickens. The lovely couple of Gina and James walked down the aisle on May 27, 1984. Since then, they have been together, and their marriage is still strong. In many of the interviews, James has talked about their almost 4 decades-long marriage.

James and Gina love each other, and James does not shy away from sharing his love and respect for his wife via social media profiles. James’s wife, Gina, however, has a private Instagram.

Is The Mother Of Two Children

In their 37 years of togetherness, James and his spouse, Gina, became parents of two gorgeous children, a son and a daughter. Gina Taylor-Pickens’s son, Carl Anthony Tharps, was born in December 1974. However, some sites suggest that Carl Tharps is the stepson of James. Similarly, they also have a daughter, Gavyn Taylor.

Gina’s daughter, Gavyn Pickens, is a blogger and has a YouTube channel named Gavyn Taylor. In the channel, she uploads several vlogs and makeup videos. Furthermore, she has also acted in few series. Just like her husband, Gina Taylor-Pickens’s children are also in the showbiz business.

James and Gina have raised their children with great love and care, and both the kids seem to be doing great for themselves.

James Pickens Jr.’s spouse, Gina Taylor-Pickens, loves to cook soul food. Gina learned to cook from her grandmother and aunt while growing up in Cleveland, Ohio. However, she discovered that the dish varied from place to place, and ingredients were also different. In 2011, she traveled through the South to Virginia, Mississippi, Texas, South Carolina, Florida, and Louisiana to learn about why soul food differs from place to place.

Upon returning, Gina found out that soul food in LA was the same, and she also wanted to encourage healthy eating habits. So, in 2016, she opened Black Bottom Southern Kitchen with her husband. With the motive to encourage healthy eating habits, they started serving dishes with less bad fat and more vegetables. Their business grew, and they were also listed on Black-owned businesses on social media, and customers began increasing even more.

Is Supportive Of Her Husband’s Profession

James must be really lucky to have a supportive wife like Gina. She is proud of what her husband has achieved and even encourages him to do better. She has made several public appearances with her husband at several award functions and events.

As stated earlier, Gina Taylor-Pickens has gained fame as the popular actor James Pickens Jr.’s wife. Gina’s beau has acted in numerous movies and series. These acting projects have helped him gain immense fame and fortune to his name. His career’s turning point occurred when he was cast as Dr. Richard Webber in Grey’s Anatomy. He seems to be doing really great for himself.

Nonetheless, we hope to know more about James Pickens Jr.’s partner, Gina Taylor-Pickens, in the future.