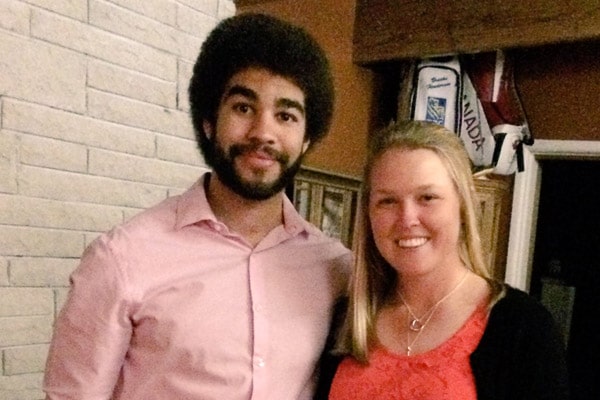 Brooke Henderson, born Brooke Mackenzie Henderson, is a notorious figure in the Canadian Sports Industry. She is a professional Canadian golf player on the LPGA Tour. The young and inspiring Henderson is the winner of various titles and awards. She was the Canadian Press female athlete of the year for 2015, 2017, and 2018. Moreover, Henderson has the most winnings than any other professional golfer on significant tours in Canadian history.

Along with the increasing fame of beautiful Brooke Henderson, many are being interested in her personal life as well. Her fans are wondering if she is single or in a relationship. Hence, in this article, we are revealing about Brooke Henderson’s boyfriend and her love life. Please keep reading to know it all.

One of the most beautiful golfers worldwide, Brooke Henderson’s beauty, friendliness, and caring nature might have impressed numerous male golf fans. They might be on a waiting list to date her and make her their girlfriend. However, only one person won the heart of Henderson. And he is none other than Henderson’s long-time friend, Neil Doef.

Both Brooke and Neil attended the same elementary school, Chimo Elementary School. Besides, the childhood friends also completed their high school from the same high school, Smith Falls District Collegiate Institute. They grew up playing together and supporting each other since their childhood. With increasing time, the love of Henderson and Doef also increased simultaneously.

Brooke Henderson and her beloved boyfriend, Neil, are often spotted together wherever Brooke goes for her tournaments. Moreover, these two lovebirds travel several tourist destinations on their holidays and vacations. And the happy pair never misses out to share photos with each other via their social networking handles. Their pictures clearly depict that the two are so much in love with one another and are very committed to their relationship.

Golfer Brooke Henderson’s boyfriend, Neil Doef, excelled at several sports since his childhood days. However, a keen interest in hockey and soccer dominated his young life. He was the youngest of four Doef siblings, including Natalie Doef, Nicole Doef, and Nathan Doef. All four Doef kids grew up with parents who ran the local soccer association.

Growing up, Neil was told to decide which sports he wanted to play. Although he grew up playing Soccer and Hockey and was good at both, he chose to play hockey.

Very proud and honoured to be able to represent Canada playing for Team Canada East in the World Junior A Challenge! pic.twitter.com/jk7R9TK3yt

To date, Brooke’s beau, Neil, has played for a numerous hockey league in and out of the nation. He played rep B hockey in his alma mater through his young years before advancing to the triple0A level. Soon, Neil was a fast-flying forward for the Smith Falls Jr. A Bears. Doef was the leading scorer for the Bears and also was a top prospect for the NHL watch list. However, due to some unfortunate happening, he had to leave his hockey career at the age of 17.

While playing in a World Junior A Hockey Challenge game at Kindersley, Sask, on 14 December 2014, Brooke Henderson’s boyfriend, Neil, suffered a spinal cord injury that resulted in the end of his hockey career. Neil’s doctors had told him that he could never be able to stand on his feet. However, with many rehabs and physical therapy and determination, he can stand and walk too.

The Ivy League School, Princeton University, honored its commitment for a hockey scholarship to Neil. On its website, Princeton announced that he would be a part of the class 2021 on 31 May 2020. So, Neil would soon be heading to Princeton for his first year of studies there, restarting a career path interrupted by his spinal cord injury. However, he hasn’t yet decided what his major will be there.

The best mates since grade school, Brooke and Neil, enjoy each other’s company. Seeing Brooke and her boyfriend’s bonding, it seems they are so much in love with each other and even could be planning to get married soon. We wish the couple all the best for their future and hope their love bond lasts forever.