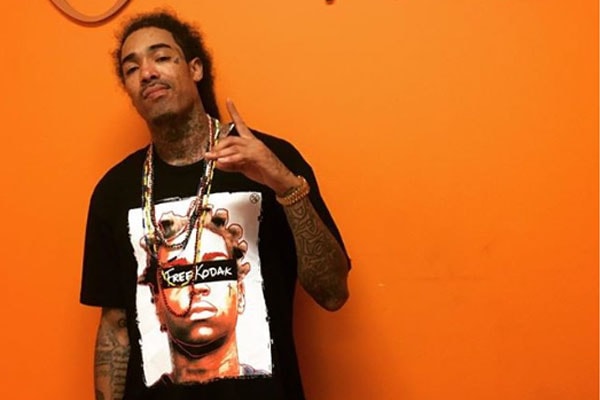 The LHHM star rapper Gunplay’s Net worth is estimated to be $2 million. Gunplay earned his fortune from his affluent rap career, and now being a reality TV star it has boosted his net worth.

Just not for his rap songs but Gunplay is famous for his criminal acts too. Just a couple of months ago, Gunplay’s ex-girlfriend Aneka Johnston charged him for head-butting her outside a stripper club. Gunplay has been active in the rap industry for quite some time now and has released many albums under his belt too.

Rapper Gunplay Net Worth and Earnings

The “Drop Da Tint” rapper Gunplay’s Net Worth is estimated to be $2 million. His profession as a rapper was his primary source of income, but now he is also an important part of the “Love & Hip Hop: Miami” show. He is featured in the first season of LHHM alongside his girlfriend, Keyara Stone. Even the introductory video of Gunplay in the show states he has a short fuse, which is true looking back at his violent acts.

As it is the very first season of the LAHH’s Miami franchise, so the details of salary and earnings of the cast have not been revealed. But we are sure, looking at Gunplay’s popularity he must take home a cheque of five figures at the end of every episode.

Before being a reality TV star Gunplay is a professional rapper. Gunplay is now signed to Real Talk Entertainment. Earlier he was signed to Rick Ross‘ Maybach Music Group (MMG) and Def Jam. As mentioned above, he has released many albums to date. Here are some of Rapper Gunplay’s music albums along with their respective prices:

The cash Gunplay receives from his album’s sales must be huge. No wonder his net worth is estimated to be $2 million.

Like many rappers, Gunplay also tends to live a lavish lifestyle. He drives a luxurious car of Bentley. The starting price of a Bentley is $189,000, plus Gunplay’s net worth allows him to afford such luxuries.

He also performs on different events for which he charges a substantial amount of money.

All those money flowing in, Gunplay’s bank account must be huge. Plus the way he is progressing in his career that will only help his net worth to grow even more.

With such a rise in fame and popularity before and after the LHHM show, it is not a shock that the worth of Gunplay is estimated to be $2 million.