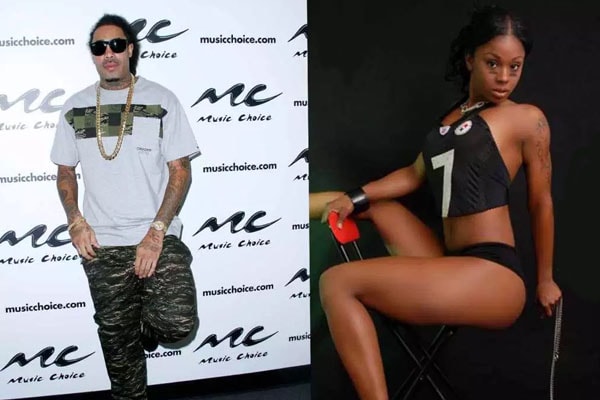 The LHHM star Gunplay is never out of troubles, is he? In January 2018 Gunplay’s ex-girlfriend, Aneka Johnston pressed charges against him for head-butting her outside The Office strip club.

Rapper Gunplay is not only known for his music, controversial tattoos but also for his acts of violence. It is not the first time that Gunplay has been pressed charges against. Well, back in 2012 he was sentenced to house arrest after he robbed his accountant at gunpoint. It was proved via video footage. He got away from a possible lifelong sentence as the case was eventually dismissed,

Whereas there is a different story going on with the fellow cast member of Gunplay. LHHM’s Trina is having a good time with her boyfriend, Raymond Taylor.

The unfortunate incident` took place on New Year’s day in Miami. As the “Bible on the Dash” rapper Gunplay was attending The Office strip club with his current girlfriend Keyara Stone, his ex-girlfriend happened to be performing there. After indulging in a verbal altercation regarding their past relationship, Gunplay left the club and later on waited in a parking lot for his former partner Aneka to come out.

Around 3 a.m. their heated conversation continued. During the dispute, Gunplay became irate and struck Aneka upon her face with his head. He hit her so hard that Gunplay’s ex-partner Aneka not only had bruises on her face and neck but her cornea was scratched as well. The poor girl then by herself drove herself to a nearby hospital for treatment.

To press criminal charges, she was referred to the Florida State Attorney’s Office by the police. While the accusations were filed, it was also revealed that Gunplay was very violent during their relationship which led to their breakup.

Richard Morales Jr. aka Gunplay and Aneka Johnston dated from 2010 to 2012.

Further, it was revealed that rapper Gunplay had a long history of domestic abuse and violence. Johnston’s attorney Mark DiCowden told The Blast that Gunplay made a living out of crimes and glorifying harmful conduct on people. Mark further added that just because Gunplay is a celebrity, that doesn’t allow him to do whatever he likes.

We hope Rapper Gunplay would focus on his music career more rather than being involved in criminal activities.