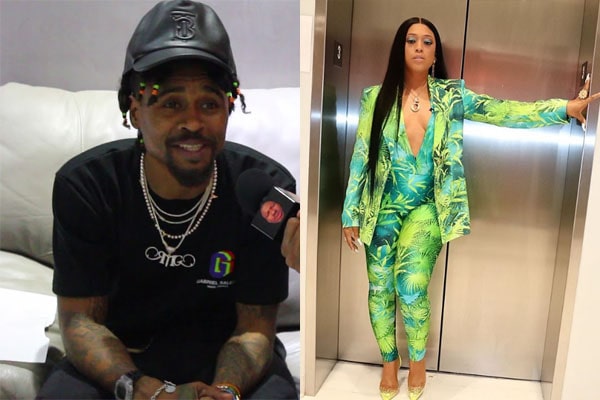 The LHHM star, Trina, and her boyfriend, Raymond Taylor, are so much in love. Image Source: YouTube/Instagram.

The LHHM star Trina aka “Da Baddest Chick,” is not that much ‘bad’ when she is around her boo Raymond Taylor. The pair of Katrina Taylor, Trina, in short, and boyfriend Raymond have been dating for over three years now.

The Love & Hip Hop: Miami star Trina’s boyfriend, Raymond Taylor, is an entrepreneur by profession. There are not very many details regarding Raymond, but we all know is he is entirely in support of his girlfriend, Trina. Despite having an age difference of 16 years, that doesn’t seem to be a problem for both of them.

How It All Began For Trina And Her Boyfriend, Raymond

After breaking up with NBA star Kenyon Martin, there was a lot of drama surrounding the beautiful Trina. Before Kenyon, Trina was in a relationship with rapper Lil Wayne. It took Trina some time to get over the drama and troubles caused by her ex, Kenyon.

All thanks to the fellow co-star of LHHM and cousin of Trina, Joy Young, she got a chance to reunite with Raymond. When Trick Daddy’s ex-wife, Joy, was trying to get her groove back, she tagged her cousin Trina along as her back up. Now we bet Trina must be entirely happy with her decision.

Raymond and Trina had been friends for quite some time, but Trina never looked him in that way. Let’s say Raymond was in Trina’s “friend zone” before. Joy acted like cupid for Trina and her boyfriend Raymond to match them up.

Trina admitted that there was chemistry between herself and Raymond, but she never decided to take their relationship to the next level. As there is love in someplace, whereas fans are wondering if the other cast members of LHHM Christopher “Prince” Michael Harty and his girlfriend, Liz Cifuentes are still dating or not.

In one of the episodes where Trina and Raymond are in a double date with Joy and her partner, Trina states that she and Raymond are living their moment. Raymond says that his girlfriend, Trina, sometimes gets on his nerves. But despite that, Trina’s boyfriend, Raymond, is all smiling when he is around her.

Not just Raymond, but Trina also seems like she is enjoying the moment to the fullest.

For the time being, everything looks going perfectly fine with Trina and her boyfriend. She is in a happy place now. There has been no news of any disputes or rumors about the break up between the two lovebirds. Only time will let us know if they will end up marrying one another or not.

Going through Trina’s Instagram profile, she barely posts photos of herself with her boyfriend, Raymond. It looks as though she is very private when it comes to love affairs and relationships. Both of them are probably comfortable with their subtle love life and is happily settled with Ray.

Plus, what the couple has now is just perfect for both of them says, Trina. They can be seen spending time with one another enjoying each other’s company. Let’s hope they have a lovely relationship and a bright relationship ahead of them.