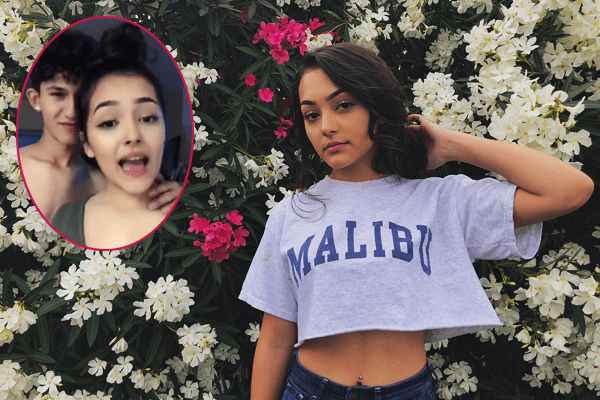 Hailey Orona is one of the internet personalities who got famous because of Musical.ly. In one of her Instagram videos we can see a guy for some early seconds, could he be Hailey Orona’s boyfriend?

Hailey initially started uploading videos during 2015 and now has got millions of followers on her social media profiles. Alone in her Instagram account, she has acquired over 1.5 million followers.

Some may think that Hailey might be too young to have a boyfriend. But it’s not that much of a bigger deal, is it?

A couple of months ago, Hailey’s could or could not be second account posted a video of herself with a guy. Many speculated that the boy in the Instagram video could be Hailey Orona’s boyfriend. The way he is presented topless sparked a flame in many people’s mind.

The name of the guy is still not known. But a few months back the same guy was seen in a video kissing Hailey Orona. With this people were sure that the boy in the video is Hailey’s boyfriend. The sparkling earring in the boy’s ear and his curly hair gives away the fact that both are the same person.

One thing is sure though, the guy with Hailey in the above mentioned two videos is not the guy whose photo was posted by Hailey back in 2017.

On the 14th of January 2017, Hailey posted collaged photos of then-boyfriend on her Twitter account celebrating two months of togetherness. But it doesn’t seem like the relationship went further than that.

The funny thing is until now Hailey Orona has been in a relationship with many boyfriends, but no name of any boyfriend has been revealed. Hailey surely is finding trouble to maintain her relationship.

The young muser Hailey has not had that much of luck with a boyfriend. Besides her, Malu Trevejo is also having problems with boyfriends. Malu is also a muser like Hailey. Both have many things in common and not having a stable relationship with boyfriends falls at the top.

Looking at Hailey Orona’s recent activity, nobody is sure for if she is single at the moment or having an affair with the same guy, she was seen kissing in the YouTube video.