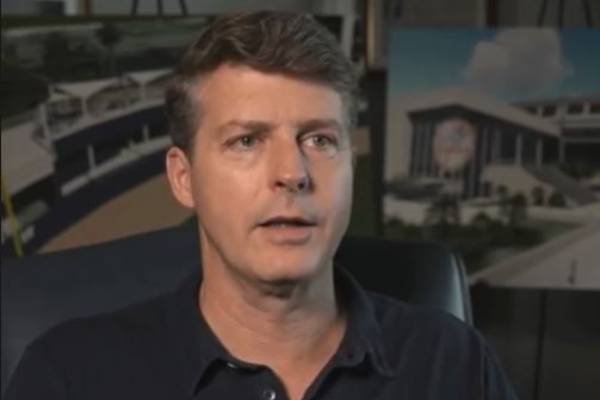 The Steinbrenner family is one of the most well-known families in the US. Because of their involvement in the baseball world since the 70s, the American family of Irish-German descent has been in the news for years.

Currently, Hal Steinbrenner serves as the Managing General Partner and Chairman of the Yankee Global Enterprises. And due to his high-profile job, Hal’s life, mostly his marital life, is always a point of interest in people’s minds.

So, today let’s take a look at Hal Steinbrenner’s wife, Christina DiTullio. Also, find out if the couple has welcomed any kids together.

Tied The Knot In A Private Ceremony

The youngest kid of George Steinbrenner, Hal, met his future wife, Christina DiTullio on a blind date organized by a mutual friend. He was fresh off of his divorce from his first wife, Christina Lavery, and found an immediate connection with the dimpled New York native on the first date.

After meeting for the first time in November 2007, Hal and Christina started dating and then got married two years later. The wedding was a private ceremony with only a small number of family and friends in attendance. Also, DiTullio’s dachshunds, Stella, and Otto dressed up in necklaces with bows.

Hal Steinbrenner tied the knot with his wife at his dad, George’s horse farm in Ocala, Florida, in April 2009. The Steinbrenner family did not comment, but the duo had two online wedding registries listed, one at Tiffany’s and the other at Barney’s.

Moreover, according to New York Post, Hal Steinbrenner’s wife, Christina, had announced her engagement on Facebook. She talked about how amazing her husband-to-be is and stated that she was very fortunate to have him in his life.

The duo has kept a low profile, but Christina is regularly seen in New York Yankees games.

Hal Steinbrenner’s Wife Did Not Know Much About Baseball

Well, Hal and his wife, Christina, had much in common, including their down-to-earth nature when the pair first started dating. However, one thing different about the duo was that Christina did not know much about baseball. Moreover, she had no idea about who baseball star, Alex Rodriguez aka A-Rod, was.

Steinbrenner, whose father purchased the MLB team New York Yankees in 1973, was charmed by his then-girlfriend’s cluelessness. But now, several years later, DiTullio apparently knows more about the game than her husband. She also accompanies her partner to various Yankees-related events.

Yankees managing general partner Hal Steinbrenner, his wife Christina, and his sisters, Jennifer and Jessica, at Finsbury Park in the Greater London Area, where the team hosted a youth clinic. #LondonSeries @mlblondonseries pic.twitter.com/B5KP0O4NQE

Hal Steinbrenner’s spouse now has a keen interest in the on-field action. And on the other hand, Hal is busy running the Yankees organizations along with his siblings and other Steinbrenner family members.

Does Hal And Christina Steinbrenner Have Any Children?

Hal Steinbrenner and Christina DiTullio have been married since 2009, so people questions if the couple have any kids. But sadly, neither of them have talked about welcoming any children together. Also, the pair have not been seen together with any little one.

However, in one of his interviews, Hal mentioned that his kid is interested in joining the Yankees group. Steinbrenner’s daughter, Katherine Steinbrenner, was named among the younger generation of the family who would take over the company.

While Steinbrenner’s daughter has been named on several sites, it is unclear who her mother is. Whether Katherine is Hal’s only kid with his first wife, Christina Lavery, or his current wife, is unknown. But, it is clear that the New York Yankees will remain under the Steinbrenner name for years to come.

Also, like the parentage of Katherine Steinbrenner, further details about her dad’s second wife are also scarce. Nonetheless, let’s hope in the coming days, we will get to learn more about Hal Steinbrenner’s wife, Christina DiTullio.