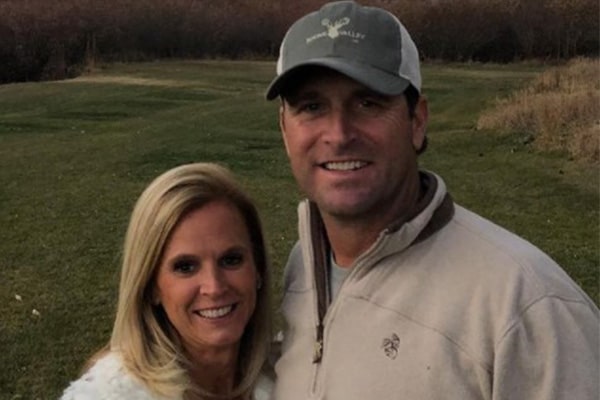 Mike Matheny, a retired MLB player, is currently working as a manager of Kansas City Royals. Moreover, he played for 13 seasons in MLB as a catcher for the Milwaukee Brewers, Toronto Blue Jays, St. Louis Cardinals, and San Francisco Giants.

Mike has gained many fans who are curious to know everything about him throughout his career, including his personal life. Due to his immense popularity, not only the MLB manager but also his family are pretty famous.

So, in this article, let us get to know about Mike Matheny’s wife, Kristin Matheny, in more detail.

Kristin Matheny, also sometimes called Kristen Matheny, met Mike Matheny at the University of Michigan. Soon, the college sweethearts tied knots with each other in 1993. The lovely couple has been happily married ever since.

During a podcast, Mike shared the funny story of their first meeting. Additionally, Kristin also said that she found him attractive on the first day they met. Similarly, he has also praised his beautiful spouse for raising their kids and keeping their family together.

Moreover, Mike Matheny’s spouse has always supported him on good and bad days. In addition, she was Mike’s support system when he was recovering from post-concussion syndrome in 2007.

Kristin is not only the wife of a well-known baseball player but also has got an athletic background. During her college days, Matheny was a field hockey player. Moreover, Matheny’s wife must have been very good at playing field hockey as she had got a scholarship at the University of Michigan.

Thanks to the scholarship, despite hating the cold weather, Kristin went to Michigan and met the love of her life. However, later on, she quit playing hockey to give all her time to her family. Nevertheless, Kristin understood the hardships of her husband to be an MLB player as she was herself once an athlete.

Mike and Kristin are parents to five children: one daughter and four sons. After a few months of her marriage, Mike Matheny’s wife became pregnant with their first child, Tate Matheny. Born on February 9, 1994, in St. Louis, Missouri, Tate has become a baseball player.

Moreover, Jacob Matheny, Blaise Matheny, and Luke Matheny, her other three sons, have played baseball in their college days. So it must be a proud moment for Mike to see all of his sons following in his footsteps.

However, Mike Matheny’s daughter, Katie Matheny, born on February 14, 1995, used to play ice hockey as a team member of The Ohio State women’s ice hockey. She followed in her mother’s footsteps. So, Mike Matheny’s wife must be happy to see her daughter playing hockey just like herself.

Furthermore, some of the kids of Mike and Kristin are already married. Their oldest son, Tate, is married to Margaret Matheny, and the adorable duo has been blessed with two handsome sons, Ryker James Matheny and Gunner Tate Matheny.

There’s no doubt, just like their parents, the little ones will surely learn so many baseball techniques from their grandfather. Looking at the Instagram of Mike Matheny’s wife, one can see that she is living her best life with her beautiful family.

We wish all the best to Kristen/Kristin Matheny for her future.