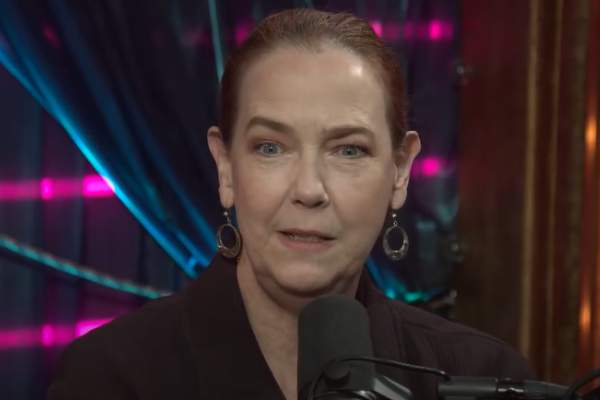 Harriet Sansom Harris, mostly credited as Harriet Harris, is an American actress best known for her role as Bebe Glazer on the sitcom Frasier and Felicia Tilman on the comedy series Desperate Housewives. She is also famous for her theatre performances. In addition, she earned a Tony Award for her performance in Thoroughly Modern Millie in 2002.

The 67-year-old actress enjoys a blissful romantic life with her beau, Matt Bradford Sullivan. However, not many might know about it want to learn out more about her other half. Hence, we will learn more about Harriet Sansom Harris’ partner in this article.

Is Also An Actor And Performer

Much like Harriet Harris herself, her partner is also an actor and performer. Also known as Matthew Bradford Sullivan and often credited as Matt Sullivan, he has been active since 1986. He appeared on Broadway in the revival comedy play The School for Scandal in 1995. In addition, in his career spanning over 35 years, he has been credited for about thirty-four theatre performances.

Sullivan’s performance credits include his portrayals of David Bliss in the 2019 play Hay Fever and Lane Merriman in the 2021 play The Importance of Being Earnest. Furthermore, the actor made his television debut in 2021. He plays the recurring role of Dr. Reed Ketner or Dr. Ketner in the NBC medical drama television series New Amsterdam. We hope to see Harriet Sansom Harris’ other half in more television series in the future.

Relationship Status With Harris Is Unclear

The couple has not revealed where, how, and when the two met each other. But, the pair have been together at least since 1998, as Sullivan was mentioned as Harriet Sansom Harris’ boyfriend in one interview. During that year, Harriet and Matt shared a house with parrots in Silver Lake, Los Angeles. It is highly likely that the duo have been together even before that. Hence, we can safely say that they have been dating for over two decades.

However, although Harris and Sullivan are publicly known to be partners, it is unknown if they are actually married or not. Also, it hasn’t been revealed whether Matt is Harriet Sansom Harris’ husband. Could it be that the lovebirds tied the knot in private and are keeping it a secret from the public?

We also can’t rule out the possibility that the couple mightn’t be married and are only in a romantic relationship. Hopefully, the actors will make it clear in the upcoming days. Also, it doesn’t seem like the Harris-Sullivan pair have welcomed any children.

As the title suggests, Matthew Bradford Sullivan is a person of privacy. He has not revealed much about himself to the public yet. His birth details, including where and where he was born, are also unclear. Due to this reason, it is difficult to assume Matt’s current age. The Broadway star also does not appear to be active on any social media platforms.

Hopefully, we will learn more about the Hay Fever performer sometime in the days ahead. Nonetheless, Harriet Sansom Harris’ partner seems to be doing well on his own. His career in television has just begun, so we hope he finds great success as a TV series actor. Finally, we wish the couple’s love for one another lasts a lifetime.