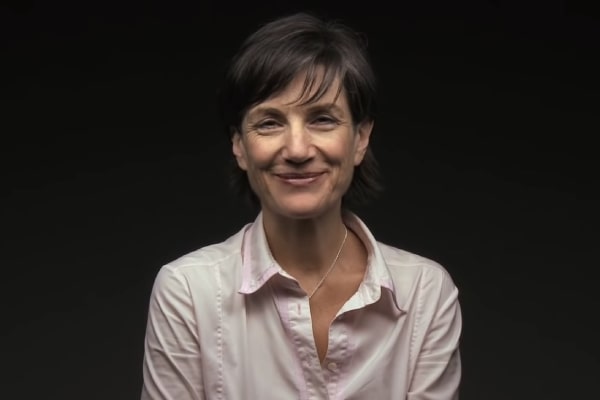 Born Harriet Mary Walter, Harriet Walter is a talented actress of British nationality. She started her career in 1974 and made her theatrical debut in 1983, and has also worked in many Royal Shakespeare Company productions. Her films include Sense and Sensibility, Bedrooms and Hallways, The Governess, Villa des Roses, and many others.

The three-time Emmy Award nominee was together with Peter Blythe for eight years (from 1996 to 2004), and they were planning to get married. Sadly, Peter died on 27 June 2004, shortly after being diagnosed with lung cancer. Afterward, the actress moved on and tied the knot with Guy Paul in 2011.

So, let’s get to know Harriet Walter’s husband, including how and when the adorable pair met.

Tied The Knot In His Sixties

Guy Schuessler, also known as Guy Paul, and Harriet exchanged rings on 21 May 2011 in the Minneapolis Church. The lovely pair first met in 2009 when performing Maria Stuart on Broadway. The couple started late, so, they were terrified of failure. Thus, their relationship beginning was slow, cautious, and tentative.

The pair were pretty excited about their marriage. During the talk with Telegraph, like a dizzy teenager, not a grand Dame, Harriet said she was marrying in off-white, something pretty and feminine. On the other hand, Paul was also a first-timer and thrilled about his special day.

Furthermore, the talented actress also talked a bit about her previous relationship. She added that she spent much of her life alone and was fine until she met her late fiancé Peter. She experienced how great it was to do things with someone. In addition, Harriet used to wear Blythe’s ring before marriage with the approval of her now-husband. Nonetheless, Guy Paul and his wife are having a wonderful time together.

Harriet Walter’s Husband Is An Actor

Born on 12 September 1949, Guy Paul began his career in the late 1970s. He made his Broadway theatre debut with William Saroyan‘s play, The Time of Your Life, at the Actors Theatre of Louisville. Moreover, he played Danny in Adele Edling Shank‘s play, Sunrise/Sunset, Otis in Kent Broadhurst‘s play, They’re Coming to Make It Brighter, and many others.

Additionally, the talented actor has also worked in several television movies and series. During his long career, he has established himself as one of the most successful figures in the industry. Some of his notable works are listed below in the table.

The actor has a total of sixteen acting credits as of now. After 2018, he has not worked on any other projects. So, will we see Guy making his return to the entertainment industry soon?

Guy Paul Net Worth And Earnings

With his career stretching over four decades, Harriet Walter’s husband must have earned a huge sum of money. As per Comparably, while theatre actors make an average salary of $137,346 per year, television actors earn $97,791 annually nowadays. Therefore, even during the 70s and 80s, people associated with Broadway and Hollywood must have made a considerable sum. Hence, Paul’s salary must have also been significant.

Thus, Guy Paul’s net worth must be a notable amount. On the other hand, his wife, Harriet Walter has also amassed a sizeable fortune from her career as an actress. Hopefully, the Walter-Paul couple achieves huge success and continues to earn even more in the coming days.

Well, the lovely pair has not welcomed any children together. Also, the actor wasn’t married previously, so he doesn’t seem to have any kids. Likewise, Guy Paul’s wife also didn’t have any babies with her late partner. So, could it be the lovebirds have not made any children plans? Still, both are enjoying blissful marriage.

Nonetheless, Harriet Walter’s husband is a loving spouse and a talented actor. He and his wife are content and having a joyful time together. We wish the adorable pair a lasting bond and the happiest time in the days ahead.