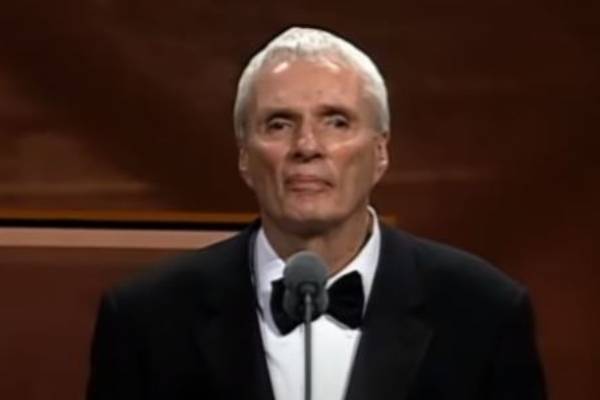 Hubie Brown has been married to Claire Brown since 1960. Image Source: Social Media.

Hubie Brown, born Hubert Jude Brown is a retired basketball coach and analyst from America. He currently works as a television analyst and calls games on ESPN and ABC. He works alongside several announcers like Mike Breen and Mark Jones. He is considered as one of the most talented and successful players of his time.

Apart from a successful career, Brown enjoys a marital life of over six decades. He is happily married to Claire Brown and shares four children with her. Basketball fans must be wondering about her whereabouts. So, today’s article is about Hubie Brown’s wife, and let’s see what she is doing now.

As mentioned earlier, Hubie shares a blissful marital life with Claire Brown. The couple met in 1958. He had returned to Niagara to get a master’s degree in education. Furthermore, he used to play basketball on weekends in the Eastern League for Rochester. The duo, however, had an interesting first encounter.

Hubie Brown’s wife, Claire Frances Manning had a friend who was a priest and the latter had borrowed a car to take a few students to the beach. Then, suddenly Hubie pulled up his car, got out of it, and began yelling at him saying that was the last time he was letting the priest borrow his car. Claire, who was in the car, remembers looking up and asking who he was.

Brown had made a vivid first impression. Shortly after, the duo started their romantic relationship. In 1960, the lovebirds walked down the aisle and father Murray of the Wayward Car officiated their wedding. Ever since the duo has been enjoying their marital bliss.

It has been over six decades since the Brown couple started their marital bliss. After tying the knot, Hubie Brown’s wife welcomed four children together. The duo entered into parenthood upon the arrival of their daughter Mary Katherine Brown, also known as Molly Brown, in 1961. Then, their second baby girl Virginia Ann Brown (Ginny) was born in 1962.

Furthermore, Hubie Brown’s children Julie Brown and Brendan Brown were born in 1965 and 1970, respectively. Within a decade of their marriage, the Brown pair were leading a happy family of six. In addition, Claire Brown’s kids with Hubie have already grown up.

As of 1983, Molly had graduated from Auburn University, Ginny was a senior nursing student at St. Mary’s of Notre Dame, Julie was a freshman at the College of Charleston, and Brendan was in the eighth grade at Atlanta’s Marist School. However, it is unknown where her daughters are. As for her son, he has followed in her husband’s footsteps and currently serves as the radio analyst for New York Knicks at MSG Network.

Claire raised her children gracefully alongside her husband. The Brown siblings must be doing well and must be happy with their own family. Hopefully, we learn more about them in the coming days.

Also Read: Know Who Is Jennifer Coolidge’s Husband Or Boyfriend

Remains Away From Media Scrutiny

Claire Brown’s husband has gained immense fame because of his professional career. However, even after being in the limelight, he seems to have mastered the art of keeping his personal life private, He is not active on social media and remains lowkey most of the time.

Like him, Hubie Brown’s wife also remains away from the media. She is also not active on social media. Her past also job has not been revealed.

Nonetheless, Mrs. Brown must be living a wonderful life away from the media. We look forward to knowing more about her in the coming days. We wish Hubie and Claire continue living blissful life ahead.