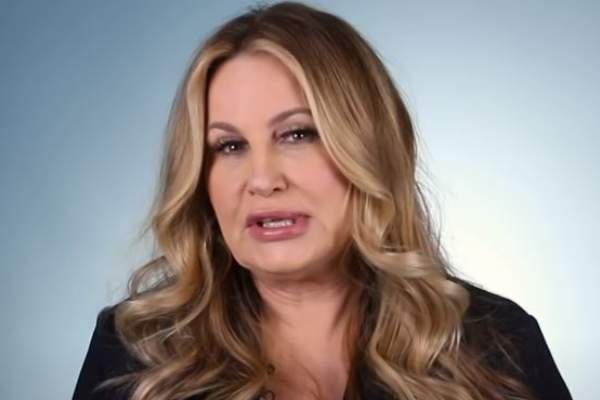 Jennifer Coolidge was in a relationship with Chris Kattan in the early 2000s. Image Source: Social Media.

Any Friends fan might be familiar with Monica and Phoebe’s former roommate Amanda. But not many know who portrayed the role. It was none other than Jennifer Coolidge, who came into prominence as Jeanie “Stifler’s Mom” Stifler in the film series American Pie. She has acted in several other movies and series and has established herself as one of the most successful personalities in the American movie industry.

Despite being globally known, Jennifer has kept her personal life away from the limelight. She has talked about her relationship only once. Fans must be curious to know if she is dating anyone currently. Hence, let’s learn in detail about Jennifer Coolidge’s partner.

Was In A Relationship With A Comedian

Jennifer was in a relationship with the comedian Chris Kattan. The rumors of the duo being an item began circulating in the early 2000s. As per Who’s Dated Who, the ex-couple began dating in 2001. However, it was only confirmed when Chris published his 2019 memoir, Baby Don’t Hurt Me.

Furthermore, as per NickySwift, Jennifer Coolidge’s then-boyfriend admitted to falling for her pretty hard. He even described her as a tall, messy, charmingly crass native of Boston bombshell. In addition, Jennifer’s beau gushed further about her as unattainable.

Hearing Chris’ description of Jennifer, it is evident that he must have done something exemplary to catch her eyes. However, the former lovebirds’ romantic relationship could not last long. In his memoir, the comedian stated that their status was degrading when he was filming A Night at the Roxbury. Chris Kattan’s ex-girlfriend also had a small role as a police officer in the movie.

In addition, Jennifer Coolidge’s ex-boyfriend revealed that their relationship eventually ended after he had a consensual physical relationship with Amy Heckerling. He further stated that Lorne Michaels had pressured him to start the affair, and he eventually gave in. It must have been difficult for the ex-pair. Nevertheless, both have moved on in their lives.

The American Pie actress has performed several roles in her professional career. In the show, her character goes on to have a physical relationship with her son’s friend. Well, in 2013, Jennifer revealed that after the episode, she developed a newfound interest in dating younger men.

Moreover, Coolidge revealed that she dated a few younger men after the show for the next 10 or 15 years. At the time of her interview, she had been in a relationship with someone for about a year and a half. The blonde actress gushed about her partner, saying he was a smart, funny, and handsome guy. However, Jennifer Coolidge’s boyfriend’s name was not revealed.

Following her role in American Pie, people referred to the blonde beauty as a Hollywood cougar. In contrast, she revealed that although she welcomes the tag, she is more comfortable with the term “mil*.” Nonetheless, it remains uncertain if Jennifer is together with her mystery man.

Is She Dating Anyone At The Moment?

As mentioned earlier, Jennifer is a private person and rarely shares about her personal life in the media. While she once mentioned having a boyfriend, it is unclear whether the couple is still together or has already parted ways. Moreover, that was the only time she talked about her relationship.

Regardless, it hasn’t stopped the media from speculating about her love life. For instance, a guy named Tom Mahoney was rumored to be Jennifer Coolidge’s husband. She also had many rumors about having children, which she denied. So, is the actress married? Well, the truth shall only be known after the 2 Broke Girls star reveals it. Nevertheless, let’s hope she will talk about her dating status in the coming days.