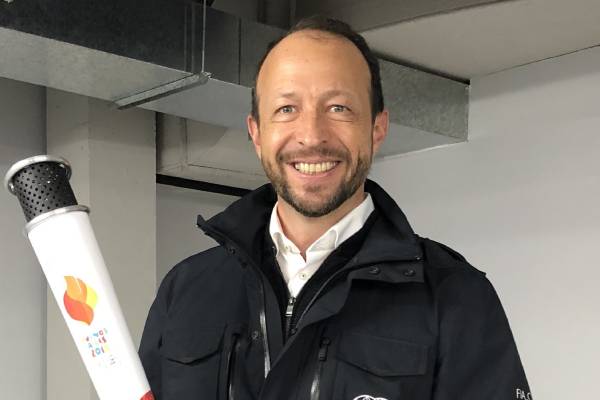 Fédération Internationale de l’Automobile (FIA) is an association that represents tha intesrest of motor car users and motoring organizations. It is generally known as the governing body for a number of auto racing events, including Formula One. Many people have been involved in this organization, which is occasionally called International Automobile Federation.

Peter Bayer is one of those personalities associated with the organization. He has been working in this sector for many years and has gained significant success in his work. However, not many people seem to be familiar with him, and very little is known about him.

Thus, in this article, let’s take a look at some interesting facts about Peter Bayer.

Has Worked In Motorsports Industry For Over Two Decades

As mentioned earlier, Peter Bayer is known for his involvement in the motorsports industry. He has over 20 years of experience working in the sector. He attended Leopold-Franzens Universität Innsbruck, where he received his Master of Business Administration degree. However, it has not been revealed when he graduated.

Peter then worked as a PSA Manager at International Snowboard Federation for six years, from 1996 to 2002. Furthermore, he was the owner of VIA3 communications from 2003 to 2009. After that, Peter mostly worked in the sports industry. From September 2009, he was appointed as the Winter Youth Olympic Games’ CEO. He worked there until December 2012.

Moreover, from January 2013 to January 2017, Peter worked at the OSM Open Sports Management as CEO. Plus, according to his LinkedIn, he is the Senior Executive and Entrepreneur who has two decades of experience in creating and delivering international entertainment and sports businesses. Therefore, Peter must have earned significantly from his works in different companies.

Was Appointed As FIA Secretary-General Sport

After working at several companies for many years, Peter was appointed as FIA Secretary-General for sport in March 2017. Before him, Jean-Louis Valentin prepared the FIA World Motor Sport Council as the FIA Secretary-General for sport after being elected in 2014. However, he had to leave the Federation after he was elected as the president of the urban community of Cotentin in January 2017. After he left the position, Peter was appointed.

FIA President, Jean Todt and World Motor Sport Council members nominated Peter for the position. He began his work on March 10, 2017, after the World Council approved. He is responsible for the activities of FIA’s sports department and to represent its clubs globally. Moreover, as the one serving in the position, Peter has to facilitate the best practices and exchange information between clubs all around the world.

The other responsibility of Peter is to implement the decisions of the World Motor Sport Council. Plus, he also has to work by collaborating with the different FIA Sorting Commissions’ secretaries. In 2019, he even won FIA’s best GS award.

While the exact salary that he earns has not been revealed yet, we can assume that Peter Bayer’s net worth must be a considerable sum. In addition, as he is still very dedicated to his career, there’s no doubt that FIA’s GS will earn more in the future.

Also Read: Learn About The Marital Life Of Stephen Belichick And Jennifer Schmitt

While Peter Bayer’s professional life is somehow known to most people, his personal life has remained secret. Despite the fame that he has gained because of his motorsport career, he seems to have kept his personal life lowkey and away from the media attention.

But we do know that the FIA Secretary-General Sport shares a blissful marital life with Isabelle Bayer. However, it has not been revealed when the couple tied the knot. Moreover, the lovely pair have not disclosed any information about their dating history.

Peter Bayer’s wife, Isabelle, previously worked as Marketing and Communications Director at IBSF – International Bobsleigh & Skeleton Federation. According to her Facebook description, she is self-employed but has not revealed her current profession. Like her husband, she has also worked at different companies including, Wolford AG, Via3 Communications GmbH, and D. Swarovski & Co.

Furthermore, Peter shares two sons with his wife, Isabelle. However, the married duo has not disclosed any information about their children, including their names and the date of birth. But, according to one of his wife’s Facebook posts, one of his son’s names is Marlon Bayer.

Some great memories today of @youtholympics Innsbruck 2012 when @lausanne2020 torch relay came to @portedesalpes in front of huge crowd – well done and thank you @ianlogan_65 and team!! pic.twitter.com/0Z3KVJnNcz

Nevertheless, Peter must be living a wonderful life with his family. Peter Bayer’s sons and wife often attend several of his events.

Let’s hope he continues doing great in his personal and professional life and we learn more about the FIA Secretary-General for sports in the coming days.