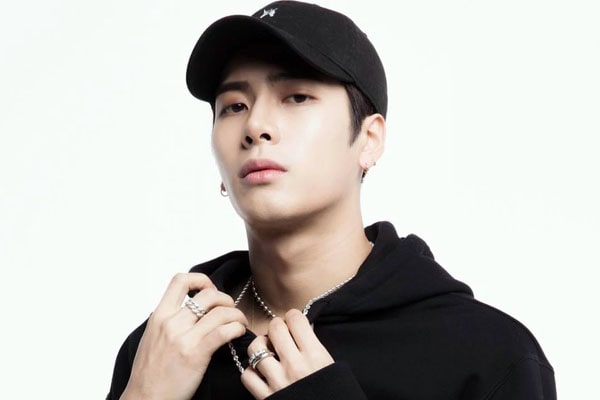 Jackson Wang does not have any plans to be in a romantic relationship soon. Image Source: Jackson Wang's Instagram.

The all-rounder Korean Entertainment personality, Jackson Wang, is undoubtedly one of the most talented K-pop idols in the present. Besides being a rapper, dancer, and TV host, the Hong Kong-born artist Wang is also a philanthropist and a young businessman who owns a record label and a fashion line to his name. He is not only famous because of his career in the Korean entertainment industry but also for his stunning physique and how he appears before his fans.

With the rising fame of Jackson Wang, a number of people are curious to know his personal life, including his dating life. Many want to know if he is single right now or secretly in a romantic relationship with someone. So, here, find out if Jackson Wang’s girlfriend really does exist or not.

ALSO READ:  Kiki Layne’s Boyfriend And Her Past Relationships

Going through every social networking handles of Jackson Wang and according to available information about him, it looks like Jackson Wang is possibly single at the moment. Moreover, he does not seem to have any plans to date anytime soon.

Many K-pop fans might think that Wang is not dating anyone due to his contract with JYP Entertainment. But, he has already left JYP along with his other Got7 members after the expiry of their exclusive contract on 19 January 2021. So, he is free to date at the moment. However, the 27-years old Wang still insists that he currently does not want to be in a romantic relationship.

Once Jackson Wang revealed the main reason why he does not want to date on Facebook Live. Wang said that it’s because he cannot take good care of himself, and why would he take care of some other person when he could not even do it himself. So, Jackson Wang is clearly an eligible bachelor at the moment. Currently, his focus and his real loves are his career in the Korean Entertainment Industry, his side businesses, and his family.

According to some online sources, Jackson Wang shared about his one-sided crush some years ago on MBC’s Radio Star. He divulged that his ideal type of woman was none other than the MMA fighter, Song Ga Yeon, whom he met in the second season of Roommate. Wang said that his style was Song Ga Yeon also recognized as Song Ka Yeon. But, he said that Ka Yeon did not see him as a man.

As Jackson Wang was always nervous when around his crush, Ka Yeon, he told the media that instead of him, his friend, Seo Kang Jun, asked her if she sees Wang as a man. In reply, Ka Yeon said that she did not.

We hope Jackson Wang finds his ideal type of woman soon and hope he will not get nervous while proposing to her.

Despite Jackson Wang’s statements of not dating anyone for some time, he was still troubled by media people with numerous dating rumors. Some years ago, Wang was romantically linked to a girl named Iris after the media captured them holding hands in public. Some even alleged Wang that he hit on Iris during a night out at a club in Toronto. However, Got7 and Jackson Wang’s fans argue that Got7’s anti-fans made those rumors.

Furthermore, Jackson Wang was even rumored to be dating a girl named Kim Lee. The girl sparked dating speculations after she left a couple of suspicious comments on Jackson Wang’s Instagram page. However, Wang assured his fans that it was a false rumor. He told his fans not to believe what they hear and read online easily. Moreover, Wang advised that his fans should trust him and wait for his approval before speculating about his life.

So, Jackson Wang is not in a romantic relationship at the moment and was not in the past as well. But, as his contract with JYP Entertainment has expired recently, we hope we will get to see Jackson Wang’s girlfriend soon.