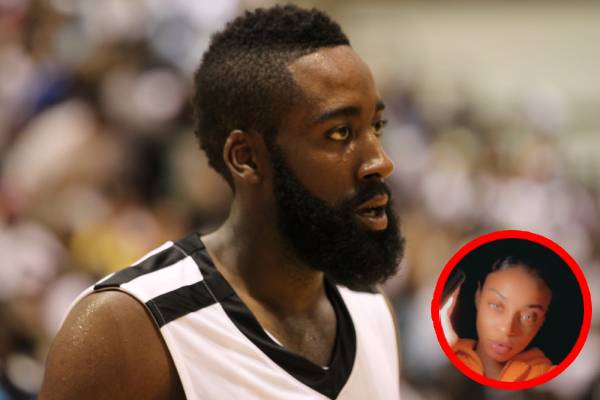 NBA star James Harden is rumored to be in a relationship with model Jessyka Janshel. Image Source: Wikimedia Commons.

Born James Edward Harden Jr., James Harden is a professional basketball player who plays for the Philadelphia 76ers of the NBA. Harden, who is also known for his trademark long beard, has been named one of the best shooting guards in the league and is one of the NBA’s most promising scorers.

Being a top-rated basketball player and considering his fame, the basketball star must have had a few lovers. His fans must be curious about his current love partner. Thus, in this article, we will learn about who James Harden’s girlfriend is, along with his dating history.

Who Has Harden Dated Before?

It seems the 32-year-old has been in quite a few relationships. The 76ers star was in a relationship with the famous model and actress Amber Rose from January to March 2015. In an interview in 2015, Rose admitted that something was going on between them. She also clarified that the two had a “special friendship” and ended the relationship on a mutual agreement.

From June 2015 to February 2016, James Harden’s girlfriend was Khloé Kardashian. He was in a secret relationship with the Keeping Up With the Kardashians star for a while. However, the paparazzi got hold of the news of ex-pair dating, and the relationship between the 76ers star and the TV personality was forcefully made public.

After breaking up with Khloé, James talked about the decision behind their separation. According to his interviews, he wasn’t fond of the public attention that came with dating a reality show star. In addition, he added he wasn’t the type to tell the world everything about him, including what he eats, wears, etc.

In early 2016, when the shooting guard was spotted with singer-songwriter Ashanti in Las Vegas, Twitter went into an uproar. As per TerezOwens.com, a source had told them that Harden put the singer up at a Houston hotel where his parents were present. The source also mentioned that the basketball player had brought her flowers.

The NBA star has been in several dating rumors. James was supposedly in a relationship with Trina, who is about fifteen years older than him. Well, Trina is a well-known rapper, songwriter, television personality, and actress. However, the rapper cleared up the rumor as she said that the two were “really just friends.”

DJ and model Kyra Chaos is one of the rumored lovers of the NBA star. James was seen embracing Chaos before and after a game back in 2013; however, there is no further information about the duo’s relationship.

The shooting guard was allegedly dating the American radio personality, Sarah Bellew, from 2013 to 2015. Sarah was previously engaged to the famous rapper Lil Wayne. Also known as Sarah Vivian, the 34-year-old woman is the mother of Wayne’s second child, son Dwayne Carter III.

In October 2016, rumors about James getting together with Karrueche Tran circulated. The then rumored girlfriend of the NBA star is an actress and model. Tran, however, debunked the rumor saying that the pair never dated each other.

Who Is James Harden’s Girlfriend Now?

As per a few sites, the 32-year-old is currently dating Jessyka Janshel. But, it is difficult to verify as not much information about the duo’s relationship is available. The news of them being together started back in 2017 when Harden was spotted with Janshel. It was after his breakup with Khloe Kardashian.

Janshel is from Texas, where she was born and raised. She went to Chavez High School and later attended James Madison Senior High. The influencer enrolled at Prairie View A&M University but soon dropped out to pursue her longtime dream to be a model.

The beautiful lady is now a model and a social media influencer. In addition to that, she has appeared in multiple magazines and various music videos. She currently has over 590,000 followers on her Instagram account.

Well, we are not sure if the influencer is really James Harden’s girlfriend or not. Nonetheless, we hope both the 76ers star and his rumored partner are happy and prosperous in every step of their lives in the upcoming days.