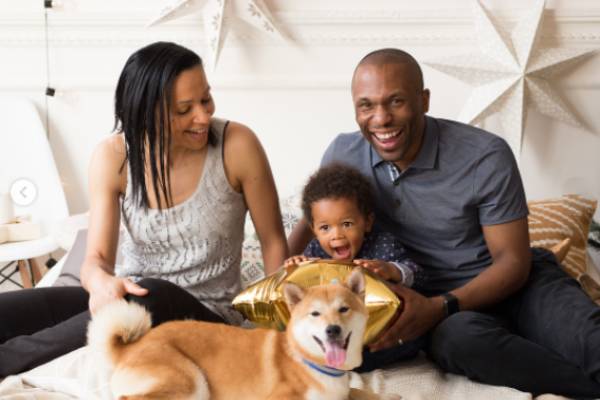 Basketball is one of the most famous sports around the world. As a result, the players and coaches associated with the Women’s National Basketball Association (WNBA) or NBA often come into the limelight of the media. One such renowned coach is James Wade, the head coach for the Chicago Sky of WNBA. He is also popular by his nickname, Coco.

James has remained in the limelight for many years, and his family members, including his partner and kids, have become celebrity figures. In addition, he shares a blissful marital life with Edwige Lawson. Hence, in this article, let’s learn more about James Wade’s wife.

Edwige Lawson Was Born In France

Edwige Lawson, also known as Edwige Lawson-Wade, came into the spotlight for being the spouse of the head coach of Chicago Sky, James Wade. However, she is also popular with her own career accomplishments. Lawson is a former French professional women’s basketball player.

James Wade’s partner was born on 14 May 1979 in Rennes, France. Her parents divorced when she was little, and she grew up with her mother. Edwige Lawson-Wade’s father is originally from Bennin, making her of Beninese descent.

Furthermore, the head coach’s wife shared that her adolescence was classic, but she wasn’t serious about basketball. However, later she decided to pursue her career as a professional player.

As already addressed, the Chicago Sky head coach’s wife is a former professional basketball player. She was a point guard and was active from 2005 to 2013.

The former player started her career at the age of seventeen. In the initial stage of her playing career, she played in Bordeaux, Aix-en-Provence, and Valencienne in her home country. Edwige started her WNBA journey with New York Liberty in 2005 and eventually played for famous teams, including San Antonio Silver Stars, Seattle Storm, and Houston Comets.

During her years with WNBA, she traveled to a lot of cities and countries. In an interview with the Midilibre.fr, she said she had great experiences abroad. The former basketball player also added she liked changing cities and discovering new cultures.

Moreover, in 2018, the BLAM Gazelles, a Euro League Women’s Club hired the Olympian as the Sports Director. Edwige has been involved with the club ever since then.

Above all, the talented basketball player ended her playing career in 2013 and had an amazing career and experience with WNBA.

The 2019 WNBA Coach of the Year winner is also a former significant NBA player. Before starting his coaching career, he played basketball for more than a decade. Thus, the couple seems to have met through their career circle.

James Wade and Edwige Lawson tied the knot on 21 May 2003. With that said, the duo has been together for almost two decades and their bond seems to have gotten even stronger during all these years.

James Wade’s wife is very supportive of his career. She never misses cheering her husband during the matches. In the 2021 WNBA Championship, the head coach’s spouse and son traveled all the way from France to cheer his team. Likewise, both of them openly express their support and love for each other through their respective social media platforms.

Together with the head coach, Edwige Lawson has a son, James “Jet” Wade III. The couple welcomed their first child together on 17 January 2016. As an only kid of his parents, Jet must have been pampered and loved a lot. Not to mention all the attention he is getting from the media for being the son of legendary parents.

Although the pair are busy with their professional career, they spend quality time with each other.

As Jet hails from a basketball family, it is no surprise he is fond of basketball. In addition, James Wade’s son gets training from him and his partner. So, will he follow in his parents’ footsteps?

Nonetheless, James Wade’s wife, Edwige Lawson is living a happy and wonderful life with him and their son. Let’s hope we see her achieve more success in the coming days.