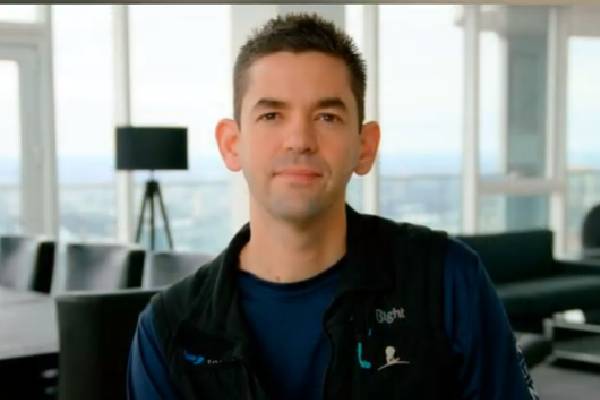 Jared Isaacman is a well-known American billionaire businessman and pilot. He is also the founder and CEO at Shift4 Payments, a leading provider of integrated payment processing and technology solutions.

Besides, Jared is also one of Draken International’s founders, a leading provider of mission-critical commercial, military flight services to the United States Department of Defense and its allied nations. Furthermore, he is also a minority investor in SkyStream Jet, a part 135 charter company operating business jets across the nation.

With his growing popularity, the talented businessman has amassed many fans who are curious to know about his personal life and relationships. Here are few facts about Jared Isaacman’s wife, Monica Chacana, aka Monica Isaacman, and their love-filled lives.

At the time Jared met Monica, they were studying in the same middle school. They fell in love and started dating. After a couple of years of courtship, Jared shared the wedding vows with Monica in 2012. The pair have been together for more than a decade and are still very much in love.

In 2008, billionaire businessman Jared Isaacman and his co-pilot tried twice to break the world record set in 1991 for a jet but was unsuccessful due to refueling. However, he was successful in breaking the record in his third try and was greeted by his then-girlfriend, Monica Chacana, after landing at the Morristown Municipal Airport.

While her husband is a well-known billionaire businessman, Jared Isaacman’s wife Monica mostly prefers to keep her life away from the spotlight. Furthermore, Chacana’s Instagram is private but she is a constant face on her husband’s Instagram. The marital life of the Isaacman couple is going entirely well.

As Monica Chacana is not active on any social media platforms, her current profession is not known. However, it can be guessed that she might be currently spending her life as a dedicated and busy housewife.

The Isaacman partners always had each other’s back since the start of their relationship. As they marched towards parenthood, their bond became more strong and healthy.

The power couple welcomed their first child, Mila Isaacman, after one and half years of getting hitched. Jared Isaacman’s wife also gave birth to their second child. However, the pair have not revealed much about her as they prefer to stay very private. Nevertheless, the parents of two daughters live a happy and comfortable life, but we hope to see more of their kids in the future.

The adorable pair of Jared and Monica have been with each other since their middle school days. Besides his parents, Jared Isaacman also had his wife’s support while growing his business. Jared Isaacman’s loving partner, Monica Chacana, was also the 12th employee at Harbortouch.

Jared Isaacman’s spouse, Monica, always stays beside him in his thick and thins. The supportive wife also knows what her husband aspires to do in his life and has supported him throughout his journey.

While Jared Isaacman is making a living via his business ventures, his sweetheart, Monica, has been a great support system. And now the pair are great parents to two children, and Chacana seems to be fulfilling the important role of a homemaker.

So, let’s hope that the Isaacman family are living a happy and comfortable life.