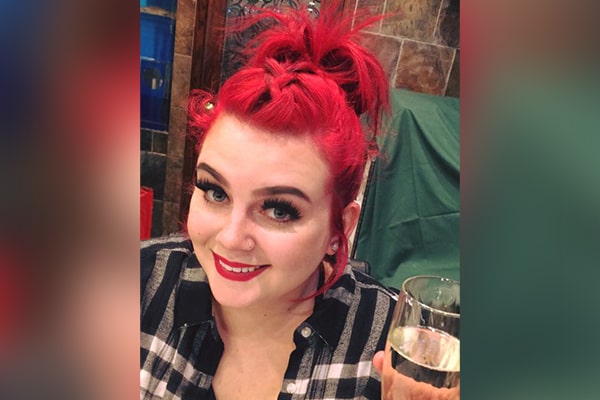 Jaret Reddick is a popular singer, songwriter, podcaster, and musician of American nationality. Born Jaret Ray Reddick in Texas, he gained recognition as the lead vocalist, primary songwriter, and the lead guitarist of a famous American rock band, Bowling for Soup. Besides this group, he has also worked in several shows, music videos, and many other projects, which has helped him add immense fame and fortune to his name.

The talented singer, Jaret, shares a blissful marital life with his wife, Casey Yant. The couple is also great parents to their son, Everett Reddick. Casey is the second wife of Reddick, as he was previously married to Melissa Reddick,  with whom he has two children, Emma Reddick and Jackson Reddick.

So, for now, let’s learn more about the professional singer, Jaret Reddick’s wife, Casey Yant, and her whereabouts.

Is The Second Wife Of Jaret

As mentioned earlier, Casey Yant is the second wife of the famous singer Jaret Reddick. Before tying the knot with her, he shared a marital life with the former wife, Melissa Reddick. Jaret’s marriage with Melissa came to an end in the early 2010s.  Following the divorce, the ex-couple moved on in their life and got married for the second time. Melissa tied the knot with Jason Bair in March 2018.

Similarly, Jaret also got married for the second time. He tied the knot with Casey Yant on August 2, 2016. The couple were together for a long time before getting married. They both are deeply in love with each other and do not shy away from sharing their love for each other via Instagram.

Have A Son Together

Jaret and Casey have been married for quite a long time now and are doting parents to their children. Jaret Reddick’s wife, Casey, gave birth to their son, Everett Reddick, in September 2012, four years before their marriage. Casey Yant’s son finished his second year in May 2021, and she gifted him with several gifts for his achievement.

Casey’s husband, Jaret, uploads several pictures of their son and shares about his milestones. Everett seems to be interested in sports like baseball, fishing, and many others. Casey and her husband are raising their son with great love and care.

Jaret Reddick’s spouse, Casey, is a professional hairstylist. Yant’s Instagram bio suggests that she is a barber, master stylist, and cutting specialist. She works at Salon Di Lusso in Frisco, Texas. Many people love her work, and besides her popularity as the wife of the renowned musician Jaret Reddick, she has gained fame through her works too. Plus she also uploads her work on her Instagram.

A post shared by Jaret Goes to the Movies (@jaretmovies)

Besides being a hairstylist, Casey also co-hosts a podcast with her husband. Rich Coleman and Jaret Reddick created the weekly podcast Jaret Goes to the Movies. Jaret hosts the podcast, while Eric Dillow, Casey Yant, Sean Timothy, and Amy Pittsinger co-hosts, and they review popular movies from their past each week. In 2018, the People’s Choice Podcast Awards nominated their podcast in the TV/Film category.

As stated earlier, before exchanging the vows with Casey, Jaret was married to Melissa Reddick, with whom he has two children. Jaret’s daughter, Emma Reddick, was born in January 2003. Reddick attended Hebron High School and graduated in December 2020. Casey’s stepdaughter has blonde hair and has inherited her mother’s look. Moreover, she is in a relationship with Jackson Koster, whom she’s been dating since October 2019.

Furthermore, Jaret and his former partner gave birth to their second child, Jackson Reddick, in February 2006. Casey’s stepson completed his sophomore year in high school in September 2020. He loves to play basketball and watches several matches with his father.

Jaret and Casey are living their best life with their children in Texas. Despite the fame and recognition that Jaret Reddick’s wife Casey has earned, she seems to be a private person and loves to live a life away from the media and the limelight.

Nevertheless, we hope that they all remain happy forever and have a great life in the future.