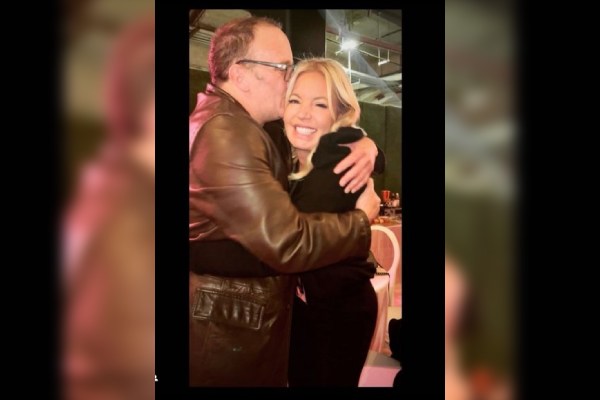 It is a responsibility to be in love and maintain the bond and spark glowing for a long time. Successful love stories don’t only sound beautiful, but it takes a lot for a relationship to last a lifetime. Likewise, today we will discuss the romantic love life between Jay Mohr and Jeanie Buss.

Both Jay and Jeanie are successful in their professional careers and have established an identity for themselves. While Jay is an American actor, radio host, and comedian, Jeanie is an American sports executive who is the president and controlling owner of the Los Angeles Lakers of the NBA.

Because they are very popular amongst the mass, several fans are interested to know more about the pair’s love life and relationship timeline. Although the duo officially started dating in 2021, many don’t know that they have been in love for a long time. So, are the two still in love and together? Let’s discover it in the following article.

The Duo Made It Social Media Official In 2021

Jeanie Buss first made her relationship with Jay official in September 2021, by posting an adorable photo of them together on her social media handles like Twitter and Instagram. It was her 60th birthday that day when she announced to the world that she was totally in love with the actor-comedian Jay.

On the other hand, Jeanie Buss’ boyfriend also posted a photo of them in 2021. Even though they made their relationship official in 2021, several sources claim that the pair had been secretly dating since early 2017, right after the end of Buss’ four-year engagement and 18-year relationship with Phil Jackson, an American former professional basketball player, executive, and coach.

Furthermore, the lovely pair were first spotted at a basketball game in January 2017. However, before being seen out together, the couple had been spotted flirting on Twitter in April 2016.

What a view! LA loves you Jeanie, as do I. Please run the @Lakers see you the 28th. Xoxo JJ https://t.co/pxUaVAiMyC

However, at that time, Jeanie Buss’ partner was married to his wife of 10 years, Nikki Cox. Nonetheless, Mohr filed for divorce from her in July 2016, which got finalized in August 2018.

In addition, given that the Lakers controlling owner has been active in comedy circles for some time, standup fans may have seen Buss and Mohr before sports fans became aware of their developing romance. She had scheduled her first showcase at the Haha Cafe in North Hollywood in 2018, but she had to postpone it since LeBron James made his team’s preseason debut that evening.

Later, in the summer of 2021, Jay Mohr’s girlfriend finally demonstrated her comedic skills at Studio City’s Jinky’s Cafe. Furthermore, in January 2019, Jeanie co-produced a stand-up special for Mohr, which she did not mention.

Overall, it was obvious that the couple were already catching feelings for each other for a long time before they officially announced their relationship status.

Even after dating for some time, the lovebirds do not share any children. Maybe it’s their mutual decision, and they want some time to take the responsibility of becoming parents. However, Jay is already a dad of two sons.

From his first and six-year marriage to former model Nicole Chamberlain, Jeanie Buss’ partner welcomed a son, Jackson Mohr, in 2002. Similarly, with his second wife, actress Nikki, the former pair welcomed a son Meredith Daniel Mohr on May 5, 2011. Besides, Jay is a wonderful father to his sons and often shares photos with them. He has been providing his kids with unconditional love and support.

Are The Duo Still Together?

It might be a piece of happy news for all Jay and Jeanie’s relationship stans that the pair are still happily dating. They frequently post photos and stories, and the duo looks fantastic together.

Furthermore, there are no signs of the Mohr-Buss pair’s separation, and fans eagerly look forward to hearing the news of their marriage. Their relationship looks enduring and thriving, and they have always been there for each other. It looks like having each other by their side; they can conquer the entire world.

All in all, we hope that Mohr and Buss will always stay happy together and that their relationship will be able to stand the test of time. Our best wishes go along their way.