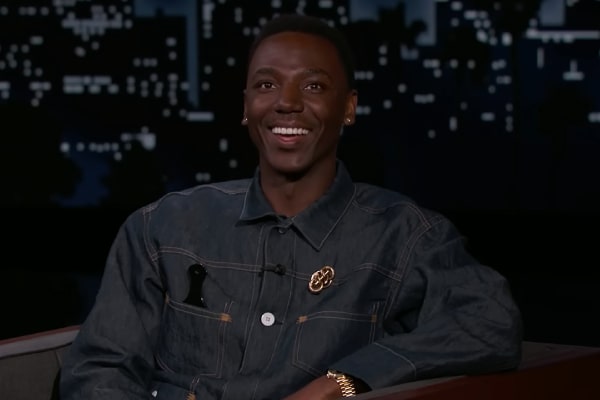 Born Rothaniel Jerrod Carmichael, Jerrod Carmichael is one of the fastest-rising young comedians, actors, and filmmakers. He is also a producer of the stand-up comedy specials Love at the Store, 8, and Rothaniel. With extraordinary skills, The Carmichael Show star has accomplished enormous success in his career.

Owing to his reputation in the entertainment industry, the North Carolina native’s personal life has also come into the limelight. After the stand-up comedian came out as a gay man in his HBO special Rothaniel, there has been a lot of curiosity about his love life. Thus, in today’s article, we are talking about Jerrod Carmichael’s boyfriend and his life as a homosexual.

Came Out As Gay In His Thirties

Jerrod Carmichael was born in a poor family and conservative neighborhood of Winston-Salem, North Carolina. Despite his humble background, he completed his education and became one of the most successful comedians and actors. In his new HBO special, Rothaniel, the 34-year-old stand-up comedian, came out as gay in early 2022.

Sitting at the center of the stage on a simple folding chair, the comedian shifted in his seat, holding long pauses; he unfolded the truth that he’s kept from his family, the world, and himself. Carmichael first came out to his friends over the past few years. Jerrod also shared that he has been intimate with men in the 2019 HBO special Home Video with his mother, Cynthia Carmichael. However, after revealing his secret, the famous personality said that he was left alone and felt like a liar.

Later, Jerrod opened up about how his bond with his mom has been impacted after he came out. In an interview with People, The Carmichael Show star said there is a God-sized wall between them. The producer went on to add how Cynthia doesn’t really know what to do with it as she didn’t account for a gay son. He further added that he was brought up in an environment where a son is raised to be a man.

Above all, what matters the most is how you think. We need to accept ourselves first then the world will eventually roll with it. Regardless of his relationship with other people, let’s hope the comedian is proud of who he is.

Who Is Jerrod Carmichael’s Boyfriend?

Some sites reported that the Rothaniel producer has been dating his longtime writing partner, Ari Katcher, for several years. The stand-up comedian’s rumored boyfriend was one of few people who knew Jerrod is gay before his official confirmation. It seems they have a solid bond with each other.

However, neither Jerrod nor Ari has officially confirmed their relationship. So, it is not known if Ari Katcher is really, Jerrod Carmichael’s boyfriend. Moreover, they have been partners in professional life for several years. But do they share an intimate bond out of it? Are Jerrod Carmichael and Ari Katcher dating? Well, the answers are still confidential.

Who Is Ari Katcher?

Jerrod Carmichael’s rumored partner, Ari Katcher is a well-known writer and producer. He is known for his writings on Ramy, On the Count of Three,  Saturday Night Live, and The Carmichael Show. Apart from that, he also has seven producing credits for working on the TV series Home Videos, Sermon On the Mount, Drew Michael: Red Blue Green, etc.

Besides that, Jerrod’s writing partner, Ari also appeared in the TV special documentary, Jerrod Carmichael: Love at the Store. Above all, he is an established writer and producer. So, he must be earning a lot in his career. Hence Ari Katcher’s net worth must be a considerable sum. Likewise, Jerrod Carmichael’s net worth is a massive sum. Let’s hope they continue to entertain us and earn even more fortune in the coming days.

Has Been Secret About Love Life

Both Jerrod and his rumored partner, Ari, live a private life. Neither of them is much active on social media handles which makes it more challenging to confirm their relationship. Anyways, the person who will be the stand-up comedian’s boyfriend will be a lucky person.

Nonetheless, Ari Katcher is rumored to be Jerrod Carmichael’s boyfriend but neither of them has confirmed it. Hopefully, the alleged couple will reveal the truth soon in the coming days. We wish Jerrod and his loved ones a prosperous life ahead.