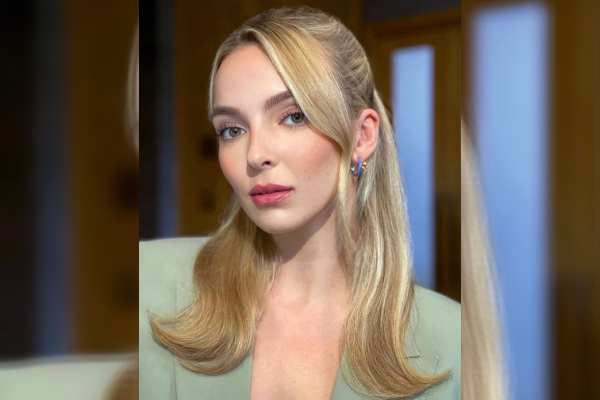 If you have watched the spy thriller TV show Killing Eve, chances are you might be familiar with Jodie Comer, who portrayed the witty and sarcastic assassin Villanelle. While the series’ plot revolves around investigating and capturing Villanelle on the surface, it also dives into the blossoming romance and attraction between Eve and Villanelle. Over the seasons, fans were able to see how the desire between the main characters evolved.

Comer’s chemistry with her on-screen partner, Sandra Oh, was marvelous and earned them much praise. It also raised curiosities regarding the actresses’ real partners. Well, while Sandra is dating Lev Rukhin, Jodie is in a loving relationship with James Burke. However, there still arise questions about whether Burke and Rukhin are still ongoing.

Likewise, many must be curious to learn about Jodie Comer’s boyfriend. So, we shall try to fulfill everything you want to know in this article.

Jodie And James Are Still Together

Yes, as the subheading suggests, Jodie and James are still happily dating each other. The pair have been in a relationship since 2020, following their meet-up that summer at a party. At that time, the actress was in the midst of filming Free Guy in Boston. On the other hand, her beau was involved in tech and stayed out of the public eye.

As most of the Killing Eve star’s fans know, she considers her personal life sacred and tries to maintain a low-key profile. She is a person of secrecy and keeps her private affairs to herself. As such, the news about her seeing Burke definitely raised several eyebrows. Not just that, publications like The Sun, Mirror, Daily Mail U.K., and others extensively covered the story.

Even after confirming the relationship, James Burke’s girlfriend hardly disclosed anything about their courtship. But, she did once provide a rare insight into her romantic life by mentioning how dating James feels very special. In addition, the lovebirds were able to work things out during the pandemic even after being stuck on two opposite sides of the Atlantic.

Jodie Comer says James Burke romance ‘like nothing else’ in rare insighthttps://t.co/UyA6yvMPpT

Though she did go candid about her partner that one time, Comer has since remained silent regarding him. Similarly, she hasn’t shared any pictures with her beau on social media. Furthermore, Jodie Comer’s boyfriend doesn’t seem to have any problem with it, as he himself has little to no social media presence.

When you are dating a renowned personality, there are possibilities of being subjected to backlash and criticism from the public. No matter how hard the Burke-Comer pair tried to maintain a low profile, they have been victims of ridicule from Internet trolls on more than one occasion.

Burke first received backlash after people learned he was a registered Republican voter. The netizens believed he supported Donald Trump, which contrasted with the actress’ support of the LGBTQIA+ community. It got worse to the point that many Internet users called for the English actress to be canceled on Twitter.

Neither Jodie nor her partner spoke about the matter at the time. But, later, she revealed that James was accused of false information and shared how the online backlash affected both of them and their family. It was also the first time Jodie had ever been dragged into a matter like that. Thankfully, James Burke’s girlfriend decided to tune out negative comments and refused to reply to any of the trolls.

Not just that, the pair’s relationship survived the backlash and is still going strong. Though she hardly ever flaunts her relationship, Comer isn’t hesitant to defend James when needed. It’s more than what one could ask for in a partner.

As already mentioned, the English actress is primarily known for her role in Killing Eve. Her character won audiences’ hearts and skyrocketed her popularity. She even won a Primetime Emmy, BAFTA TV Award, and Broadcasting Press Guild Awards and earned many nominations. So, what about her partner, is he also involved in the acting sector?

Unlike the actress, James is involved in a different career field. As per many sites, he is working in the tech sector. Moreover, he was also a notable lacrosse player during his college days at Penn State University. He majored in communication arts and sciences at the uni.

Born James Kilduff Burke on March 31, 1994, Jodie Comer’s boyfriend is the oldest son of Jim Burke and Chris Burke. He has two younger siblings, Brendan Burke and Brady Burke. Furthermore, the Massachusetts native was active in social media before the Internet uproar in 2020. He has since stayed away from the public eye and leads a modest life.

To conclude, Jodie and James are keeping their love life under wraps and hardly disclose anything. Considering how netizens previously attacked Burke for his alleged political beliefs, the duo’s decision to remain secretive doesn’t come as a surprise. Still, fans must be eager to get all the tidbits about Jodie’s romantic life, and hopefully, we all will get our wish fulfilled someday.