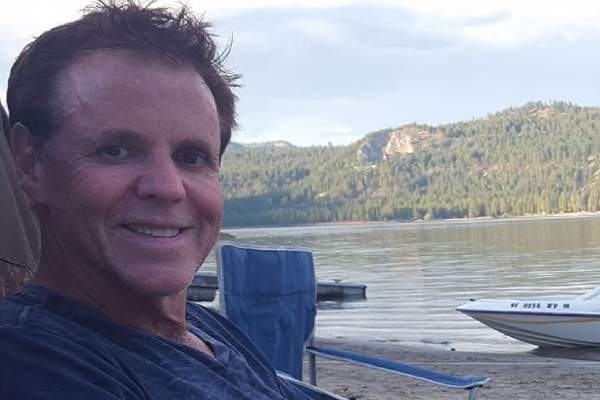 Paul Allen was a business magnate from America. After his death, his sister, Jody Allen, was given responsibility for overseeing the execution of his will and also settling his affairs with tax authorities. As a result, she took control of the Seattle Seahawks and other sports teams.

The businesswoman, however, could not have a long-lasting marriage, unlike her prosperous career. She was married to Brian Patton, but unfortunately, they divorced. So, what was the reason behind their separation? To find that out, take a look at this article about Jody Allen’s ex-husband.

Marital Life Of Over Two Decades

As mentioned earlier, Jody was married to Brian. The former couple tied the knot in 1988. As the ex-duo kept their marriage away from the limelight, not much is known about their relationship timeline or first meeting.

But for the next twenty-one years, the former pair enjoyed their lovely conjugal life. However, due to unrevealed reasons, the then-couple could not continue their marriage. As a result, in 2009, the estranged pair got divorced. Brian and Jody have not revealed why they separated yet, but hopefully, we will get to know about it soon.

In over two decades of being husband and wife, Brian and Jody welcomed three kids. A year after their wedding, the former duo gave birth to their eldest child, Duncan Patton. Then, in 1994, the ex-pair welcomed Gardner Allen Patton.

Likewise, the separated couple’s youngest child, Faye Patton, was born in 1997. Following the separation, Jody Allen’s ex-husband was ordered to pay child support even though she earned more than him. At the time of their separation, Ms. Allen had an annual income reportedly of $2 million, while Brian’s income was $500,000.

Brian Patton’s children also spend quality time with him. They all must be having a great time. Moreover, the Patton siblings have all grown up and are involved in their respective professions. For instance, Duncan works for the Seattle Seahawks.

Brian Got Married For The Second Time

It must have been difficult for Brian and Jody after their marital journey of twenty-one years ended. However, they say that life is not always about hurricanes, and there’s sunshine after every storm. In the same way, the divorced pair moved on with their lives. Brian Patton’s ex-wife focused on her business ventures and seemed to have chosen to remain unmarried.

On the other hand, Jody Allen’s ex-husband found love again. He has been happily married to Alison Rogers since December 19, 2014. In addition, Brian Patton’s wife, Alison Rogers Patton, has two kids from her first marriage. He is close with his stepdaughter Lexi Schock and his stepson Zander Schock.

Brian seems to be living a content life with his current wife. The couple often travels to several places together and seems to be doing well. Likewise, his kids and current partner must be having a good relationship.

Was Previously A Golf Course Manager

Jody Allen’s ex-spouse and her brother, Paul, bought the 296-acre Willows Run property in Redmond, Washington, for $1.5 million in 1993. However, it is still being determined if he is still the part owner of the property.

Furthermore, Brian was a golf course manager. But not much has been revealed about it. Going through his Facebook, we can see that he shares posts of different hotels and ranches. Similarly, he also shares pictures of different activities, agriculture, and horses on the ranch.

So, does Jody Allen’s ex-spouse own a ranch? Well, we will only know after he reveals the truth. But, all in all, Brian seems to be doing well. Hopefully, we will learn more about him in the coming days, and we wish him successful days ahead.