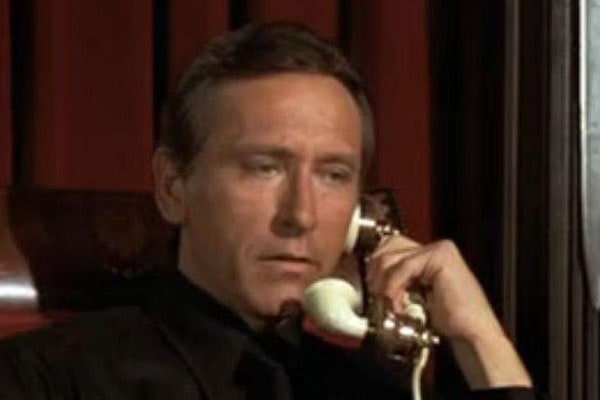 Joel Fabiani is an actor most famous for his performance in the British TV series Department S. He is also known for guest-starring in TV series The FBI, Barnaby Jones, Banacek, Cannon, The Rockford Files, and many more. Fabiani even appeared in numerous blockbuster movies, including Looking Mr. Goodbar, Reuben, and Tune In Tomorrow. His most recent works in the American Film Industry are the 2004 TV series Law & Order as Faber and a 2008 video documentary Wanna Watch a Television Series.

Joel Fabiani married twice in his lifetime. His first marriage was with the leading Hollywood actress, Katharine Ross, which sadly lasted two years. He went on to marry Audree Rae and lived a happy life with her. Without any delay, here are some facts about Katharine Ross’ ex-husband, Joel Fabiani.

Married To Katharine Ross For Short Period Of Time

The Watsonville, California born actor Joel Fabiani walked down the aisle with Katharine Ross on 28 February 1960. When he married Ross, he was at the beginning of his career in the entertainment industry while she was already an established actress. Katharine Ross’ marriage to Joel Fabiani took place in the presence of their close friends and family members.

The former married couple, Joel Fabiani and Katharine Ross, met for the first time at Santa Rosa Junior College in 1957. They got attracted to one another and dated for some time. However, for various reasons, the then-lovebirds separated for some time and resumed dating when they joined the San Francisco Actors Workshop together. Fabiani and Ross stayed in a romantic relationship for a while before deciding to get married in 1960.

However, like many other Hollywood couples, Katharine Ross’s marriage with Joel Fabiani did not last long. Various marital issues surrounded their married life, which resulted in their divorce in 1962. The reasons behind Joel Fabiani’s divorce from Katharine Ross are still a mystery to the whole world. Joel did not share any kids with his ex-wife, Katharine Ross.

Appeared On Stage Together With Ross

Though Joel Fabiani and Katharine Ross separated from each other officially, their working field was the same as both were in the film industry. Due to their profession, they often met each other during various acting projects. The estranged couple appeared together on numerous stage performances even after their split-up. However, Fabiani and Ross never had any screen appearances.

Katharine Ross’ ex-husband, Joel Fabiani, worked on the television show, Dynasty between 1985 and 1986. At that time, Ross starred on the Dynasty spinoff The Cowboys. Besides, there might be many theatrical performances and dramas where the former husband-wife duo might have worked together.

Also, Fabiani was the cover star of The Smiths’ album ‘Single Box,’ released in 2008. The image shows Joel next to a black sports car, which was a part of his TV series ‘Department S.’

Soon after their official separation, Katharine Ross’ former spouse, Joel Fabiani, found his forever love. He met his future wife, actress Audree Rae, while the two were doing a stage play together. Joel, and his then colleague, Rae, fell in love while working together and dated for almost three years. Finally, after knowing each other well, they exchanged wedding vows in 1968.

Joel Fabiani’s marriage with gorgeous Audree Rae proved to be a long-lasting relationship for him. They spent over four decades of married life together. Sadly, Joel Fabiani’s marital life ended when Audree passed away in 2009 in New York, USA. Currently, he is living a single and retired life far from the media paparazzi.

While talking about Joel Fabiani’s ex-wife, Katharine Ross, she married four more men after separating from him. Her marriage to John Marion, Conrad Hall, and Gaetano Lisi ended in divorce. Ross’s last husband is actor Sam Elliott with whom she shares a daughter named Cleo Rose Elliott. Both Joel and Katharine are currently happy with their new family, and we hope they are still close as good friends.