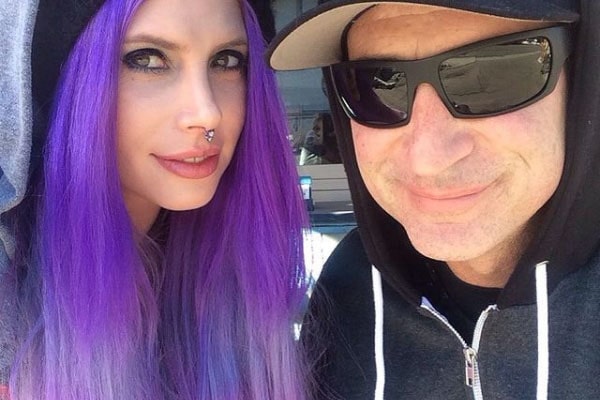 Cleo Rose Elliott is mainly famous as Hollywood stars Katharine Ross and Sam Elliott‘s daughter. At the moment, she is making her name in the American Music Industry with her own musical skills. Besides, Cleo Rose is also an American model who is known for her edgy looks. The rising star Cleo contributed to the music industry for a short period and is currently pursuing her career in modeling.

The beautiful and only daughter of Sam Elliott, Cleo Rose Elliott, is engaged to Randy Christopher Bates and planning to soon take the wedding vows. Along with Cleo’s increasing fans, the mass of people interested in her personal life is also increasing. As most of us recognize Sam Elliott’s daughter, here we get to know some more about Cleo Rose Elliott’s fiance, Randy Christopher Bates.

Soon To be Husband Of Cleo Rose Elliott

Randy Christopher Bates proposed to his singer girlfriend with an engagement ring some years ago. Although the exact date and venue where Bates popped up the question to his love, Elliott is not available for the public; the lovebirds often address each other as fiancé and fiancée on their social media posts. And what could be stronger proof than that to verify that Bates and Elliott are engaged?

Furthermore, Cleo Rose Elliott’s fiancé, Randy, frequently shares photos of him holding Cleo’s hand and hugging her on his social media pages. Also, he never hesitates to show his immense love for his gorgeous wife-to-be, Cleo Rose, via his social media posts. Going through their social networking handles and posts, it seems like the soon-to-be-married couple, Randy and Cleo, are so much in love and committed to each other. We are eagerly waiting to witness this beautiful pair’s wedding day.

Cleo Rose Elliott’s Fiance Has A Strong Passion For Cycling

Popular singer-model Cleo Rose Elliott’s husband-to-be, Randy Christopher Bates, is an active mountain biker and seems to have a strong passion for cycling since early childhood. He had once shared a childhood photo of himself with a cycle, which clearly shows his love for the sport. For many years, Bates has been traveling the country’s finest and deathly hills and off-roads in which his future wife, Cleo, often accompanies him.

We can see Randy Bates’ avid passion for cycling clearly in his pictures on his Instagram page. In fact, Randy’s gram is full of photos of him riding his bike in several off-road hills. Besides, he also sometimes uploads videos of him cycling in the hardest trials.

Furthermore, apart from an immense love for his partner, Cleo and cycling, Randy also seems to be fond of tattoos. He has different tattoos inked on his body, including both arms, back, and chest, which he flaunts on his Instagram.

As we mentioned earlier, Cleo Rose Elliott’s fiance, Randy, is fond of tattoos, cycling, and obviously his wife-to-be. Besides that, he is also an adventure junkie. Bates often goes on adventures with his friends and especially his long-time love, Cleo Rose. He often travels to different parts of the globe for skiing and snorkeling and shares the snaps on his social media pages.

Other hobbies of Cleo Rose Elliott’s fiance, Randy, includes traveling to various destinations with her, skateboarding, surfing, and scuba diving. Also, he has some inclination towards music. In fact, he was once a musician at BMG Records. However, the Stranahan High School graduate, Bates, left it to be a mountain biker.

Randy Christopher Bates was a drug addict in the past and even faced abuse from his parents during his childhood. During a talk in 2014, while participating in Be Somebody movement, Bates revealed that he had a black childhood. Moreover, he even opened up about his drug addiction, which is one of the hardest parts of his life. But, Bates managed to win over his addiction and begin a new life.

Currently, Randy Christopher Bates is an active person who loves to go on adventures and to cycle across the country’s hills and difficult off-roads. He is happy with his current life and enjoying his life to the fullest with his soon-to-be-wife, Cleo Rose Elliott.

Furthermore, let’s hope that we all get to see the pair sharing vows and tying their marital knot.