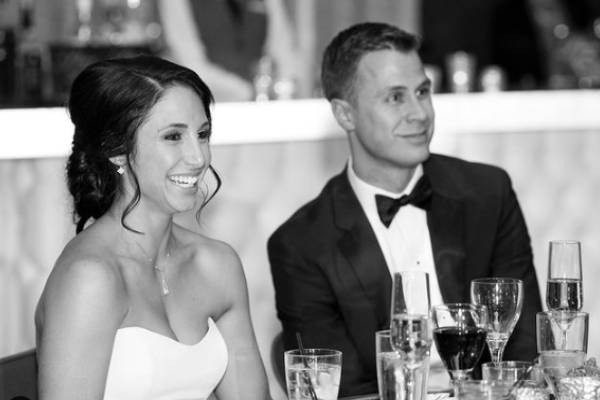 Jon Scheyer and his wife, Marcelle Provincial have been married since 2017. Image Source: Jon Scheyer Instagram.

Born Jonathan James Scheyer, Jon Scheyer is an Israeli-American basketball coach serving as the head coach of the Duke Blue Devils of the ACC (Atlantic Coast Conference). He is also a retired professional player and was the 2010 NCAA champion.

Jon succeeded the legendary coach, Mike Krzyzewski, aka Coach K, and became the head coach of one of the famous men’s basketball teams.

Both playing and coaching careers of Jon have been equally successful. Talking about his personal life, the former player is blissfully married to his partner, Marcelle Provencial. Hence, in this article, we will present some interesting facts about Jon Scheyer’s wife.

Who Is Marcelle Provencial?

Marcelle Provencial, also known as Marcelle Scheyer, has come into the media limelight for being the spouse of legendary coach Jon Scheyer. However, she is a big name with her own career accomplishments.

The head coach’s spouse was born in July 1987 in Fort Lauderdale, Florida. She grew up in her hometown and must have had a happy childhood. The Duke Blue Devils head coach’s wife is the daughter of Russell Provencial (father) and Alberta Provencial (mother).

Furthermore, her grandmom, Maria Provencial (1924-2016), was from a family of olive farmers in Italy. She practiced nursing at Bellevue College of Nursing. Later, Marcelle’s grandmother married her grandfather, Ernest Russell Provencial, a restauranteur, hotelier, and entrepreneur.

Jon Scheyer’s Wife Is A Nurse

As already addressed, Marcelle’s grandmother was also a nurse. Therefore, she isn’t the only one working in the medical field in the family. Jon Scheyer’s partner graduated from Florida State University with a bachelor’s degree in nursing.

Talking about the nurse’s husband, Jon Scheyer, is a 2010 graduate of Duke University. He played for the then-head coach, Mike Krzyzewski, during his college year from 2006 to 2010.

Currently, Marcelle is a registered nurse and has been working in Cardiac ICU at Northwestern Memorial Hospital. In addition, she has also worked in Medical ICU at Rush University Medical Center for over a decade.

Marcelle Provencial married the two-time ACC Tournament champion, Jon Scheyer, in May 2017. Ever since then, the couple have been together and are happily leading a family of four.

Although the lovely pair has not shared any details about their wedding ceremony, they seem to have tied the knot in front of their family and friends. Moreover, they are still head over heels for each other and are very supportive of their partner’s career. We wish the adorable Scheyer couple a lasting relationship.

It has been five years since the adorable couple tied the knot. Over the years, Jon Scheyer’s wife gave birth to two angelic children, a daughter and a son. Just after a year of getting married, the couple entered into parenthood.

Marcelle and Jon Scheyer’s daughter, Noa Marie Scheyer, was born in January 2018 as the first child of the Scheyer couple. She has blonde hair with one of the cutest faces. As their eldest child, Noa must have gotten all the love and care.

Soon after their daughter’s arrival, the Scheyer couple welcomed their second kid, a son, Jett James Scheyer. He was born in August 2019 and has the eyes of his father.

Additionally, Marcelle and her husband, Jon, are expecting their third child, and the good news might pop up soon.

Above all, Jon Scheyer’s children seem close to each other. The coach often shares precious pictures of his kids playing together. Noa, as an elder sister, always seems to be protecting her younger brother, Jett.

The head coach’s kids are the luckiest babies to be born to such amazing parents. Although it’s early for us to talk about their career or profession, will they follow in their parent’s footsteps? No matter what, they will get full support for any of their choices and will have no problem following their passion.

Well, Jon Scheyer’s wife has established herself in one of the noblest professions and is doing well as a wife, mother, and nurse. We wish Marcelle Provencial more success and the happiest life with her family.