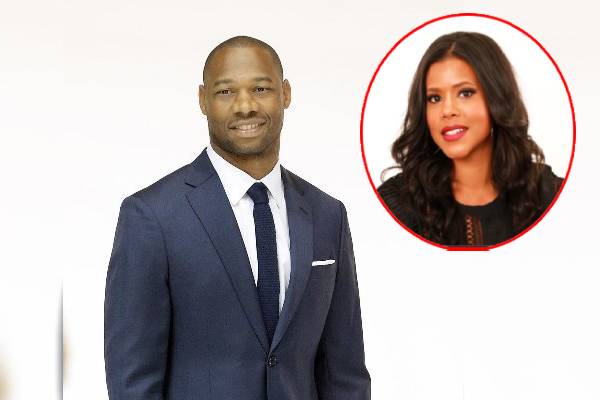 Willie Green and his wife, Terrah Green have been together for many years. Image Source: Willie Green's Twitter.

Willie Julius Green, aka Willie Green, is a popular basketball coach of American nationality. He is a former professional player who played for over a decade. The former player kicked off his coaching career in 2016 and is the current head coach of the NBA team New Orleans Pelicans.

The coach’s fame due to his professional career has also brought his family into the limelight. As a result, the public has shown curiosity about his family members. Well, Willie has been married to his spouse for a long time now. So, in this article, let’s learn about Willie Green’s wife, Terrah Green.

As mentioned earlier, the New Orleans Pelicans coach shares a happy marital life with Terrah Green. However, the love birds have not shared any details regarding their marriage, and not many know about it. Nevertheless, it is safe for us to say that the duo has been together for many years now.

Furthermore, Willie and his wife have not revealed anything about when they met and how their relationship proceeded. Similarly, there are no details about their dating history, including how long the lovely couple dated before walking down the aisle.

Nonetheless, the married duo shares a strong bond with each other. Not to mention their deep love that withstood the test of time.

Is A Founder Of Tried And True

Willie Green’s wife is a graduate of Central Michigan University. She earned her bachelor’s degree (BSc.) in Business Administration, Management, and General, in 2006. As a business management graduate, she has worked as a project manager for different companies, including Cadient Group, Evoke Health, and Make Green Go Consulting.

Besides, she is an owner of TWG investments which specializes in residential property acquisition, rehabilitation, and renovation. In addition, Terrah is also a founder of  Tried & True, authentic communities. The organization provides a platform of trusted connections and simplified relocation.

Terrah seems to be doing well with her business, and we look forward to hearing more news about her success.

Willie Green’s Wife Knows Him Better Than Anyone

They say behind every successful man, there is a wise woman. Likewise, Terrah Green knows the super-competitive side of Willie Green. Moreover, the head coach’s spouse seems to be very supportive of his career. In addition to that, she is confident in her husband’s skills and professionalism. The Pelicans coach’s wife believed he could be a head coach in the league before he did.

Well, Willie is still in the early stage of his coaching career. He has become busier than he used to be when he was an assistant coach. He often seeks advice from the head coaches he has worked with. At such time, Terrah suggests her husband believe and be authentic to himself.

As already addressed, the New Orleans Pelicans head coach has been married to his partner for a long time now. During their years of togetherness, the couple welcomed three children together. They are Ross Green, Aaliyah Green, and Mason Green.

Willie Green’s eldest son, Ross, and his daughter, Aaliyah, were born seven years apart. Likewise, his youngest kid, Mason, is five years younger than his sister. The latter often comes into the spotlight with his cute basketball skills.

Well, Mason Green seems to be interested in basketball and might follow in his dad’s footsteps. On the other hand, Terrah and Willie Green’s other children have grown up and might be attending one of the most prestigious high schools or colleges. They inherit the love for sport and basketball from their father.

Going through the above-mentioned details, we can see that Willie Green’s wife is an amazing woman who supports her family’s dream and career without compromising her dream. We wish her a more successful and prosperous life ahead.