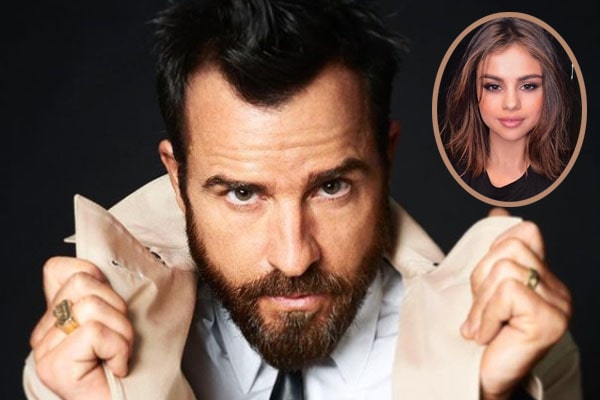 Justin Theroux, who debuted as a director from the romantic comedy movie Dedication, is also famous for acting in numerous films. To date, Theroux has worked in several acclaimed projects as an actor, screenwriter, and director. Recently, he starred as Dr. James Mantleray in the 2018 comedy-drama miniseries Maniac. The Primetime Emmy Awards winner Theroux is currently busy with his several projects, including Violet, False Positive, and The Mosquito Coast.

Theroux Was In A Marital Relationship With Jennifer

The gorgeous former Hollywood couple, Justin Theroux and Jennifer Aniston, took their wedding vows in a private surprise wedding ceremony. They married on the 44th birthday of Theroux at their Bel Air Home on 5 August 2015. There were 70 guests, including their celebrity friends Lisa Kudrow, Howard Stern, Orlando Bloom, and Courteney Cox. Actor Scott Campbell served as Justin Theroux’s best man, while Courteney Cox served as maid of honor for the beautiful bride.

It was definitely a friendly affair as the ex-pair, Theroux and Aniston, called upon their talented co-stars and put them to work on their wedding day. Terry Richardson was a photographer while Sia presented ‘Chandelier’ for the newly wed’s first dance. Jennifer Meyer designed the bride and groom’s wedding bands, and Chris McMillan was responsible for Aniston’s famed locks. Unfortunately for us, there are no hints of the former husband-wife duo’s wedding dress.

Sadly, Justin Theroux separated from Jennifer Aniston in 2018. The ex-couple announced their separation in early 2018. While opening about the end of their marriage, Theroux said that their split-up was more amicable. According to him, it was a gentle separation, and there was no animosity in that. Though the Hollywood pair ended their marriage with a divorce, they are still close as good friends.

Just a few months after they set forth their split-up, rumors of Justin Theroux dating Selena Gomez began to circulate.

Justin Theroux Had A Crush On Selena Gomez

Soon after Justin Theroux’s divorce from Jennifer Aniston, some online magazines claimed that Justin was crushing hard on Selena Gomez. The publication even noted that Theroux was sweet to Selena for a long time. However, he never showed his feelings as he was with Jennifer Aniston at that time. As noted by NW in 2018, Theroux started calling and messaging Gomez repeatedly. But, the story was entirely fake. Other sources close to Selena and Justin dismissed those false articles.

The main reason behind sources claiming Justin crushing hard on Gomez was the dog lover, Theroux’s Instagram post tagging Selena Gomez. Theroux shared a photo of him holding two puppies on his Instagram page and tagged Gomez. There were no secret messages hidden on that post. However, some unreliable magazines fabricated an entirely fictitious story taking that Instagram post as the main issue. But the truth is that there was nothing like that between Theroux and Gomez.

Did Theroux And Gomez Really Date?

For some years, many online sources alleged that Justin Theroux dated Selena Gomez. They said that Gomez tried to date Theroux because she had idolized his ex-wife, Jennifer Aniston, for a couple of years. Moreover, they also reported that Gomez had gone all Single White Female and tried to steal her friend, Jennifer Aniston’s ex-husband. An unnamed source stated that a part of Gomez’s temptation to Theroux is knowing how much Aniston loved him.

ALSO READ: Facts About Jon Glaser’s Wife and Mother Of His Two Kids

However, the reality is that Selena Gomez takes Justin Theroux’s ex-wife, Jennifer, as her idol, She admires Aniston, and their bonding is mutual. Gomez and Aniston are justifiably close friends, not competitors. The news that Justin Theroux’s rumored girlfriend, Gomez, was trying to steal the actress’s love was stupid.

So, there was never anything more than casual friendship going between Theroux and Gomez. They never had such intimate feelings for each other while they met on some red carpet events, hugged each other, or tagged each other on their social media posts. Moreover, Justin Theroux’s rumored girlfriend, Selena Gomez, revealed in an interview that she had been single for over two years in October 2019 and was waiting for her perfect match. So, the main point is that Justin Theroux and Selena Gomez never dated.