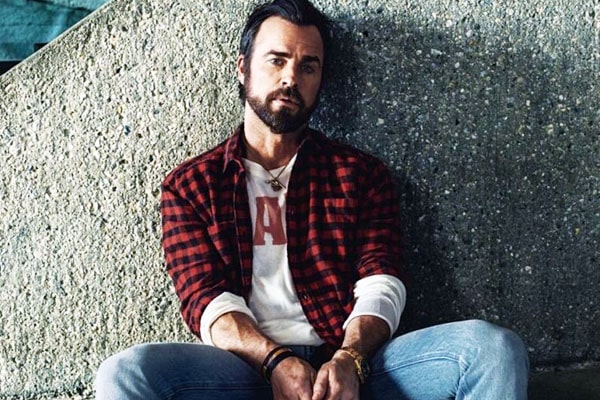 Justin Theroux is currently counted as one of the most successful actors and directors of the American Film Industry. He rose to fame after working with director David Lynch in the movies Mulholland Drive and Inland Empire. Theroux is also famous for his appearance in the films such as American Psycho, Charlie’s Angels: Full Throttle, Wanderlust, and many more.

Besides being notorious for his contribution to the Hollywood Industry, Justin Theroux is also popular for having some interesting inks on his body. He has a total of fourteen tattoos on his body. Lets us tell you about all of Justin Theroux’s tattoos and their meanings.

Actor and director Justin Theroux has a huge tattoo of a pigeon and rat covering the whole of his back. Fans noticed his tattoo for the first time in an episode of the HBO mystery drama series The Leftovers, and they had several theories about it. During a panel in August 2018 at New York’s Vulture Festival, an audience member asked Theroux to describe the story behind his large back tattoo. That was the time when he revealed the real meaning of his back tattoo to the audience.

According to Theroux, he had two dogs, both rescued pit bulls, and when they died, he dedicated half of his back to one and another half to the other. There is a picture of a rat because one of his dogs used to kill rats in Washington Square Park. And then pigeon in tribute to his another dog. This is an interesting way of honoring and remembering one’s pets, but Justin Theroux seems to love it.

Portrait Of An Animated Character

The Maniac star’s left side torso contains a portrait of an animated character, POCAHONTAS, along with its name written right below.

Pocahontas, real name Amonute, was a Native American woman. She was the favorite child of the formidable ruler, Powhatan. She died at the young age of 22 years and was popular for promoting peace among various native tribes. Many animated and creative films have been made on the story of her life.

You might have seen in most of Justin Theroux’s photos; he has a tattoo of scissors in blue-black color at the inside of his right wrist. Also, animal lover Theroux has a tattoo of a tiny honey bee on his inner side of the right bicep.

Having a tattoo of scissors depicts the person, particularly as a designer or a hairstylist. However, in Theroux’s case, it’s speculated that he might have inked it just because he liked it. Similarly, Justin Theroux’s tattoo of honeybee shows his love for insects.

The left leg of Justin Theroux is inked with an image of a grim reaper holding a scythe in his hand. Also, there is a banner that reads ‘Best of Luck.’

Justin often claims that he inked the tattoo of the grim reaper in the memory of all his close ones who passed away. Grim reaper with a scythe symbolizes the belief where death is signified as the Grim Reaper, revealed as wearing a dark hooded cloak, and the scythe it holds represents death.

As mentioned earlier, Justin has a tattoo of an animated character Pocahontas on his torso. Similarly, he has a tattoo of ‘Pig-Pen,’ a cartoon character from the comic strip named Peanuts by Charles M. Schulz. Pig-Pen is famous due to his unique habit of staying dirty and captivating the cloud of dust and bugs.

Justin revealed his tattoo of Pig-Pen for the first time on 11 January 2016 via an Instagram post. It seems like Theroux is a fan of several animated characters.

Tattoo Of A Pair Of Swallows

Justin Theroux has tattoos of swallows on the upper side of both of his feet.

Swallow bird is a symbol of loyalty, love, and respect towards loved ones and family. Also, people ink the tattoo of swallow to represent the long journeys of life. Theroux also might have inked the tattoo of Swallow on his feet for similar reasons.

According to People, the talented actor inked a small letter ‘x’ himself on his left ankle. Theroux inked it at the age of fourteen as the symbol of him being a punk rock follower.

In the past, the letter X was used to portray the participation in the Straight Edge, a subculture of hardcore punk. The followers of Straight Edge kept themselves away from alcohol, tobacco, and other drugs.

A Portrait On Right Leg

Justin Theroux has inked the upper part of his right leg with an image of a man’s face smoking a cigar. His fans speculate that the man is the animated form of himself. However, Justin himself has not opened up about this tattoo.

Also, Justin Theroux’s front shin of the right leg has a tattoo with a Latin cross with an extra bar on its top. According to various sources, the first crossbar stands for death, and the second bar is the reviving back to life after the death of Jesus Christ. Justin Theroux’s tattoo of cross symbols his strong belief in Christianity.

Quote And A Logo

The handsome and charming actor has a couple of quotes inked on his body. His right knee is beautified with a quote carrying four black bars that say

“The rich will set you free.”

Likewise, the four black bars at the side of Justin Theroux’s tattoo implies the logo of Punk Band, which is a Black Flag.

Furthermore, the director’s right foot has a quote inked on the front of his right angle that says, “Odi et Amo.” It’s meaning is I hate, and I love and is originally from the Roman poet Catullus’s poem Catullus 85.

Tattoo On the Index Finger Of Right Foot

Lastly, Justin Theroux’s index finger is inked with a dark black band around it. Theroux hasn’t revealed the real reason behind inking this tattoo. However, people say that ring tattoos on the index finger symbolize uniformity and symmetry in life.

These are the inks that now grace actor Justin Theroux bodies. Who is to say that he does not have any other tattoos hidden from the public eyes. If he does, we hope to take a peek at it and know the meaning behind it in the coming days.