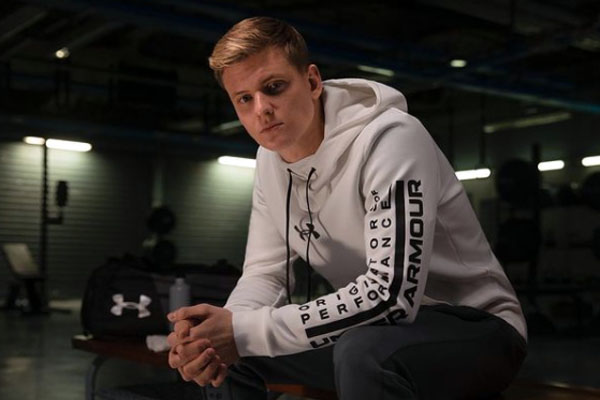 The Swiss-born German racing driver, Mick Schumacher, awakened interest in his love life when he appeared with an unknown lady ahead of the Bahrain pre-season testing. Australian photographer, Kym Illman, shared a photo of Schumacher with a girl on his Instagram page, mentioning them going for lunch after practice. Several online sources picked up the sensational news, and later, people found out that her name was Justine Huysman.

As mentioned earlier, Mick Schumacher was clicked with a young woman named Justine Huysman at his side, on the sidelines of the test drives in Bahrain. At first, the photographer who took their photo thought that Huysman was someone from the Haas team. But, later, when he posted the snap on his Instagram, his followers suggested that the two were dating.

Moreover, according to reports, Justine Huysman also accompanied Mick at Formula 2 races and other various events in the past. But, she was largely unnoticed by the media people and the public. Also, some sources have shared some photos of Huysman and Schumacher enjoying themselves together with their friends.

However, there are no confirmed reports to date to prove that Schumacher is in a romantic relationship with Huysman. But since Justine has been seen supporting Mick in most of his races, many think that they are truly dating.

Moreover, neither Justine nor Mick has ever come before the media to confirm the rumors. So, the news about Justine Huysman being Mick Schumacher’s girlfriend is still just a rumor at this point.

Hence, we hope either Schumacher or Huysman will come forward and disclose the nature of their relationship.

While the relationship of Justine Huysman with Mick Schumacher is still a mystery, various sources confirm that Justine is the daughter of Harald Huysman. He is a former Norwegian racing driver and an owner of a karting circuit. Justine’s father and her whole family are very close friends of Schumacher’s family. It might be because Mick’s dad, Michael Schumacher, is also a former racing driver like Justine’s dad.

Moreover, according to sources, the native of Oslo, Norway, Justine Huysman, has two brothers, Cedric Huysman and Max William Huysman. Currently, she is a student of International Law and Legal studies at the University of Oslo. Fluent in Norwegian, English, and French, Justine is also a graduate of Arizona State University.

Furthermore, in a documentary titled ‘Mick Schumacher,’ released towards the end of 2020, Schumacher highlighted the significance of keeping his personal life a secret. He said that their privacy as a family is most important. Mick added that without privacy, things would be much more difficult. And, he is very grateful that they have that demarcation from the media.

So, like her boyfriend and his family, Justine Huysman also seems to prefer her personal life far from the unnecessary media investigation. It might be the reason why she does not seem to be active on social media pages, including Twitter. Moreover, Schumacher also never shares her pictures on his social networking handles.

So, currently, the rumored Mick Schumacher’s girlfriend, Justine Huysman, keeps almost every detail concerning her personal life away from the spotlight. But, we hope we will get the privilege to know her and her relationship with Schumacher better shortly.