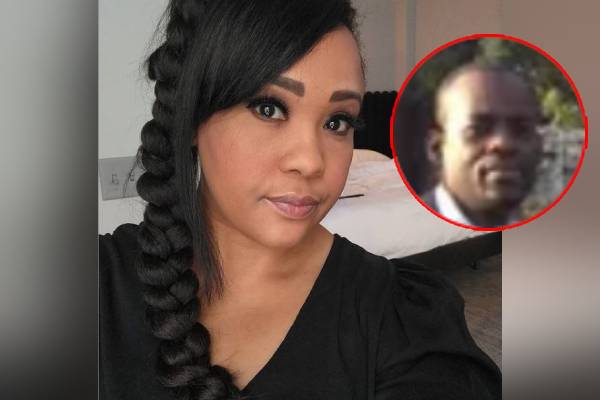 Karan Ashley Jackson, aka Karan Ashley, is a singer and actress from America. She has appeared in numerous projects over the years, but Ashley is mainly recognized as Aisha Campbell from the show Mighty Morphin Power Rangers.

Karan has gained enormous fame and recognition, and as a result, fans are curious to learn about her personal life. Here, let’s learn in detail about Karan Ashley’s husband and their marital life.

Married For Almost A Decade Now

Karan Ashley shares a blissful marital life with her long-time beau, Kimani Ballard. While the couple has not revealed when they met and how long they dated, some online sites suggest they dated for quite a long time before getting hitched.

Well, the love birds got married on March 22, 2014, and since then, they have been enjoying their blissful marital lfie. The duo’s marriage seems to be going strong, and they love each other deeply.

Moreover, Karan Ashley and her husband, Kimani Ballard, do not have any kids yet, but let’s hope their fans get to hear some good news soon.

Despite the fame and recognition that Karan has gained, she seems to be a private person. Going through her Instagram, we can see that she has shared much information about her work. However, Ashley has not revealed much about her personal life on her social media pages.

Just like her, Karan Ashley’s hubby is also a private person. He does not have any social media accounts. Furthermore, he does not make many public appearances. However, in December 2014, Karan tweeted that she and her husband had created a show a few years back, which they named “Grow Up Already.” She stated that she wanted to revamp and redo that show.

Hey guys me and my husband created a show a few years ago called “Grow Up Already.” I want to revamp and redo it… http://t.co/zEfqma7a8j

Kimani might be engaged in the filmmaking profession. However, it seems like Karan Ashley’s husband loves to live a simple life away from unnecessary media attention.

His Wife Is A Famous Actress

While what Karan Ashley’s husband, Kimani Ballard, does is a mystery, it is no news that she is a famous actress, talk show host, and singer. After completing her high school, Ballard’s wife auditioned in an open casting call that was happening nationwide. Finally, after auditioning against thousands, she booked the role of Yellow Ranger aka Aisha Campbell, in the American superhero television series, Mighty Morphin Power Rangers.

This series helped Kimani’s wife gain immense fame and fortune. Besides that, she has also made appearances as a guest in different television shows like Taylor’s Wall, The Parkers, Hangin’ with Mr. Cooper, and Kenan & Kel. In addition, she has also starred in films like Devon’s Ghost, The Order, Mighty Morphin Power Rangers: The Movie, and Surge of Power: Revenge of the Sequel.

Kimani Ballard’s wife has gained immense fortune from her work. Plus, she also has an enormous net worth allowing them to live a comfortable life. The couple often visits different countries for vacation and do several fun activities.

Nevertheless, Kimani might be living a great life with his wife, and we hope to know more about Karan Ashley’s spouse in the coming days.