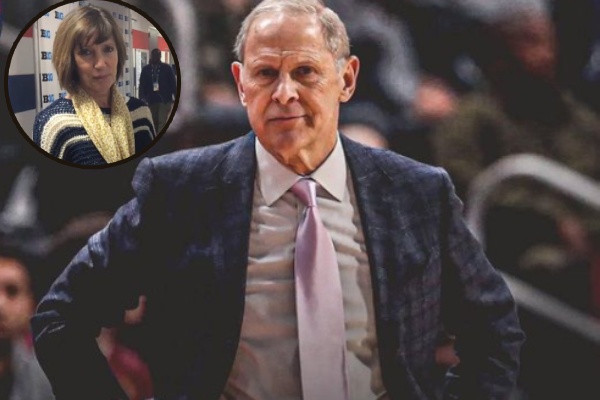 John an Kathleen have been married for decades. Image Source: Social Media.

American basketball coach John Beilein is mostly known for his success at NCAA Division I basketball. During his career as the coach of Michigan Wolverines, where he spent more than a decade, John won two NCAA regional- Final Four Championships and two Big Ten Tournament Championships. John recently took on the job as an NBA coach for Cleveland Cavaliers but did not continue with the job.

Apart from his basketball diaries, John Beilein is a family man. He is married to his wife Kathleen Beilein since 1978 and has four children with her. Kathleen and John have been together for more than four decades, and their relationship is going as strong as ever. So, let’s get to know about John Beilein’s wife, Kathleen, and how she has managed to be by his side for all these years.

Married For More Than 42 Years

John Beilein married his wife Kathleen in 1978. The couple had met a year prior and dated just one year before tying the knots. It was like they just clicked the moment they saw each other. John used to take her to the movies, and one time, they went to see  The Other Side of Midnight before grabbing a late-night bite. In an interview with MLive about her relationship with John, Kathleen mentioned that the two had an instant connection and chemistry that simply couldn’t be denied.

The bond between John and Kathleen has only gotten stronger since then. The couple is like a match made in heaven. Let’s have faith that they stay like that throughout their lifetime.

Kathleen is already a charm as a wife, but she was also a wonderful employee. She initially used to work as a school teacher for special-needs children but later left her job to become a flight attendee. She served her time as an attendee for United Airlines, which used to operate from Chicago. This relocation meant she and John had to have a long-distance-relationship, which really put their relationship to the test. Thankfully, everything went well, and they are still together.

Kathleen got back to New York when United Airlines moved its base to Buffalo. She used to get a free plane to New York during her days off to get back to the family. But after the relocation, she could finally stay close to John.

Kathleen Was In A Plane Crash With John

After serving as a flight attendee and flying over thousands of flights, John Beilein’s wife Kathleen was involved in a plane crash with him in 2017. The couple was on a plane on their way to the Big Ten tournament. As the wind was gusting outside the window of the MD-80 aircraft, the Michigan basketball team, coaches, and families were waiting on the tarmac.

When the plane was set for takeoff, and it raced down the runway, something didn’t seem right. It was taking a really long time for the plane to lift, and Kathleen, along with her husband, noticed. The plane started to slide, beyond the pavement, onto the grass, over a fence, stopping short of a stand of trees. The crash could’ve been much worse, so the couple was lucky enough it was not.

Kathleen Is A Mother Of Four

Patrick, who followed his dad’s footsteps, has gone on to pursue a career in basketball. The eldest son was until recently the head coach over at Le Moyne College. As for Mark and Andy, they are working as marketing director for a non-profit organization and Director of Government Relations at Business Roundtable, respectively. Kathleen must be proud that all of her children have now grown up and have a life of their own.