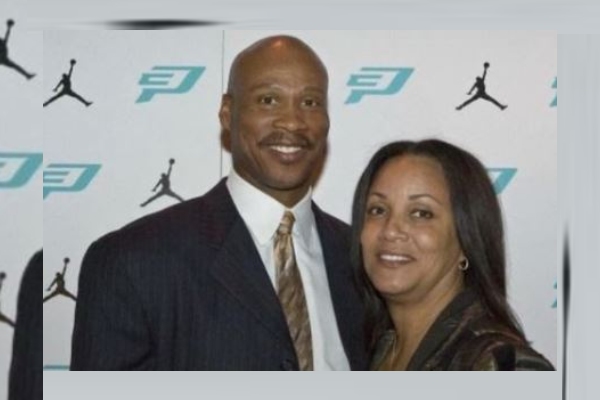 Byron Scott is an American retired basketball player who won three titles with the LA Lakers during their Showtime era in the eighties. Byron’s playing career evolved into coaching when he joined the NBA team Sacramento Kings as their assistant coach in 1998. He slowly moved ranks to the head coach before ending his coaching career in 2016 at LA Lakers.

Byron has married twice and has two children. Although he is an established name in the basketball franchise, his personal life is often overshadowed by his professional career. Byron was married to his ex-wife Anita Scott for almost three decades before falling short of their ever-increasing differences. Let’s go through the dynamics of their relationship and know more about Byron Scott’s ex-wife, Anita Scott.

Byron Scott married his ex-wife Anita in 1985, and the couple was together for almost three decades. Byron and Anita had two children Thomas Scott and LonDenScott. Both the children are all grown up now and are living a life on their own with a family of themselves.

Anita and Byron’s divorce was a peculiar one due to the fact that the couple was together for so many years. Byron allegedly cheated her with Basketball Wives star CeCe Gutierrez. CeCe and Byron married recently in July amidst the Covid-19 pandemic in a visually breathtaking ceremony. As for Anita, she is possibly single.

Byron Adopted A Son With Anita

In an episode of ‘Basketball Wives,’ it was revealed that Byron Scott’s son Thomas Scott was actually adopted. This came as a surprise for many because it had not been public beforehand. CeCe added that this was not a secret within the family, but the world surely did not know anything about it. After the incident, even Thomas’s biological dad T.K. Carter went out on Instagram to show support for his son.

ALSO READ: Luke Walton’s Wife Bre Ladd Is A Mother Of Two, But What About Her Career?

Byron Scott and his ex-wife Anita filed for a divorce back in 2014. But the divorce had not been finalized until recently. Anita previously wanted monthly $60K in spousal support every month, but the deal was finally done at $7k a month. She also got other add-ins, such as  $2.4 million from various bank accounts and a property settlement of $558,000. She also got to keep a 2007 Mercedes SL600 along with other assets.

Even with a net worth as big as Byron Scott, which currently stands at $14 million with a yearly salary of $4 million, the divorce settlement takes quite a lot from him. As the further reports have not been publicized, we assume Anita has already received most of the things she was promised to get. Plus with all these assets and cash coming on, it must have helped Anita Scott’s net worth reach a new level.

Byron Scott’s ex-wife Anita Scott was set to replace OG who was fired from the VH1 show ‘Basketball Wives’ due to violent tendencies. Many are speculating that this will be a juicy casting as Anita’s relationship with Byron is rumored to be degraded because he dropped her for a young CeCe. Adding to that, Anita is also a close friend to another Basketball Wives star Evelyn Lozada.

As Anita is joining the cast, there is no doubt that the other ladies will try to find out why she called it quits with the former basketball player. We are bound to find whether CeCe had anything to do with it or not.