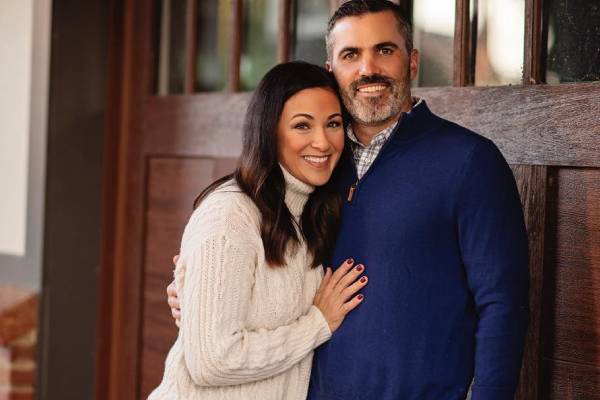 One of the coaches of the NFL who has become famous over time is Kevin Stefanski. He works in the National Football League (NFL) as the head coach of the Cleveland Browns. Kevin started his career in this sector by working as an assistant coach for 13 years from 2006 to 2019 for the Minnesota Vikings. He has also won many titles, including AP NFL Coach of the Year, Sporting News Coach of the Year, etc.

While Kevin’s professional life is known to many people, he has shared very little about his personal life. He is a doting father of three kids whom he welcomed with his loving partner, Michelle Stefanski. Well, his spouse is a private person who prefers to remain away from the media limelight. So, why not learn about Kevin Stefanski’s wife and their love life.

Been Married For A Long Time Now

As mentioned earlier, Kevin Stefanski shares a blissful marital life with Michelle Stefanski. The couple got married in July 2007. Other than that, much information about the pair’s relationship, including when and how they met, has not been revealed yet. Moreover, several sites have reported that Michelle and Kevin attended the same university, the University of Pennsylvania, but had pursued different programs.

Thus, it can be assumed that Michelle and Kevin first met at the university. Furthermore, Michelle Stefanski’s husband was working as an assistant to Minnesota Vikings at the time of their marriage. It has been 14 years since the couple walked down the aisle, and their marital life is still going strong.

The college sweethearts have welcomed three kids together.

Kevin Stefanski’s Wife Is A Doting Mother Of Three

In more than a decade-long marriage, Kevin and Michelle Stefanski have been blessed with three children, a daughter, and two sons. Kevin Stefanski’s spouse, Michelle, first gave birth to their two sons, Will Stefanski and Gabe Stefanski.

Later on the couple’s youngest child, Juliette Stefanski was born. As the youngest one and the only daughter of Michelle and her husband, Juliette, must be pampered really well by them.

Michelle used to reside in Minnesota with her kids and partner. But in January 2020, Cleveland Browns had hired him as their head coach. So because of this, the Stefanski family moved to a west side suburb in Cleveland.

Furthermore, during an interview, Michelle Stefanski’s husband revealed that they did an 11-hour drive to reach their new home. At that time, the couple even promised their children to get a new dog and a trip to Disney World. Moreover, he even joked that he and Michelle had to get creative on the long drive to their new home.

While recalling the experiencing of driving to their new home, Michelle’s spouse stated that the family played bingo after they pulled out all the stops. Michelle Stefanski’s children seem to have adjusted to their new home.

Also Read: Know If Justice Smith And Nicholas L. Ashe Are Still Together

Kevin Stefanski’s wife, Michelle Stefanski, was born Michelle McCarthy to Linda McCarthy and Michael McCarthy. Many sites have reported that she was born on October 19, 1981.

Lindsey and Kyle have a son James Patrick McCarthy. Michelle Stefanski’s nephew, James, was born with a rare genetic disorder, CNTNAP1 genetic mutation. Her brother and sister-in-law have talked about their and James’ journey in their blog Jamesjourney463378656.

Seeing as the couple is going through hard times due to James’ rare genetic disorder, Kevin’s wife, Michelle, must be supportive of her brother and sister-in-law.

Michelle has gained fame because of her husband’s name. But despite the attention, she has kept details about her profession a secret. However, she is also supportive of her partner’s work and attends several football matches and several seminars and conferences with him.

Nonetheless, she must be in great health. Let’s hope we get to hear about Kevin Stefanski’s wife in the coming days.