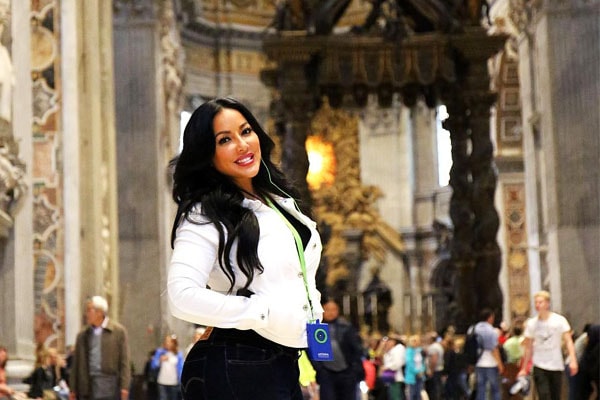 Kiara Mia is in the center of attention right now. After she was spotted dating NFL star Jimmy Garoppolo, news outlets and the general public have taken a great interest in her. Kiara Mia’s net worth is $1 million.

Kiara Mia’s net worth is $1 million, as of 2018. She has earned all this money, thanks to years of work in the entertainment business. She has starred in numerous movies to date, and her movies are highly appreciated. As a result, she is paid a lot of cash for her work.

Though Mia’s exact salary is unknown, we do know she earns a huge load of money thanks to her popularity.

With Mia pretty rich already, her net worth is set to increase even more thanks to her connection to Jimmy Garoppolo. Jimmy is an NFL star who plays as a quarterback for the San Francisco 49ers. Jimmy has been spotted dating Mia and which has increased Mia’s popularity a lot. Mia’s videos have reached over 62 million views and her name was searched over 200,000 times after she was seen with Jimmy, meaning she is set to be more popular and earn a ton of money.

Kiara and Jimmy were spotted being comfortable in each other’s presence as they dined and walked arm to arm in Beverly Hills. Neither the 49ers quarterback nor Kiara has come forth to speak on their relationship.

Kiara is successful thanks to possessing a ton of swagger. After she was seen with Jimmy, she said that the 49ers will win this year’s NFL. When asked why she boldly claimed that everything she touches turns to gold. To see if that happens, we’ll have to wait and watch.