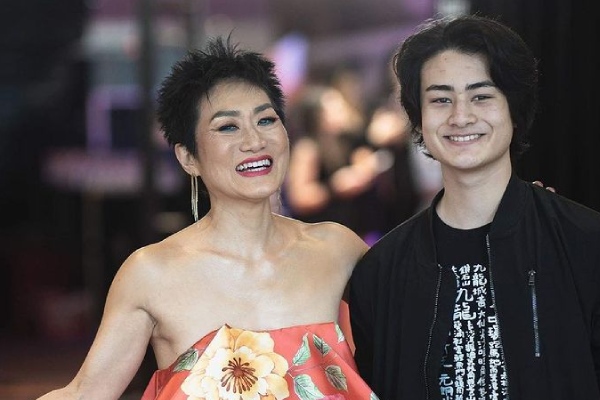 You probably have watched the popular Canadian sitcom Kim’s Convenience. If you have, your favorite character in the show might be the subtly sardonic Umma (Mrs. Kim). So, here we will talk about actress Jean Yoon, who plays Mrs. Kim in the sitcom that exaggeratedly demonstrates what the day-to-day life dramas a Korean immigrant family comes across.

The American-born Canadian actress Jean Yoon is also a writer. Yoon is most famous for portraying the character of Umma (Mrs.Kim) in the CBC television series Kim’s Convenience and has also won the ACTRA Award and received two Canadian Screen Award nomination for her work in the show. Though this series is an amplified version of a Korean immigrant family’s life, there are some similarities between the on-screen and off-screen life of actress Jean Yoon. Just like in Kim’s Convenience, Jean is married and a proud mother. So do read the whole article to learn more about actress Jean Yoon’s life.

Just like in the series Kim’s Convenience, Jean Yoon is also happily married in real life. However, she tends to remain pretty secretive about her marital relationship. Jean does not bother to bring her family members to different events and award ceremonies, and the information about her life-partner remains under the hood. By this, we can pretty much understand that her husband is a private person and doesn’t like spotlights or media attention.

While there is not much information about Jean Yoon’s real-life partner, we do recognize her on-screen husband, Mr. Kim. This character is portrayed by actor Paul Sun-Hyung Lee who shares a great bond with Jean Yoon, even in real life.

But let’s talk about their reel-life relationship. They are Korean immigrants who own a small grocery store, Kim’s Convenience in Canada. Like most real-life couples they just really want to make each other happy. We think they are the cutest on-screen couple as they put their pride aside to make the other happy. They really don’t try to show love for each other, but it is seen when they bring tea and snack for each other during work.

While we get to enjoy these small moments between the fictional couple, we are yet to see the talented actress and her real-life husband sharing these sweet moments. Nevertheless, we hope that Jean Yoon’s husband showers her with love and the pair are happy together.

In the series, Mrs. Kim, also known as Umma, has two kids, Janet and Jung, with Mr. Kim (Appa). Like many Asian parents, they try to show their love through the medium of food and are very conscious about who their children are dating. Mrs. Kim may not be shown as the best mom at all times, but Janet and Jung know that she is. Umma has always tried to make things better between Appa and her estranged son Jung which shows that she always has a positive attitude towards her children even when they make mistakes. This character quite resembles her real-life journey of motherhood.

Actress and playwright Jean Yoon is a proud mother of a son named Anand. We don’t know about his last name, but we certainly know that Jean has a great relationship with her son just like in the series.

My son is 17 today! His lovely girlfriend Nikki made the cake! Happiness and Joy! pic.twitter.com/5w7roJLluC

Jean Yoon’s son, Anand, is 17 years old and sometimes accompanies his mom to industry events. He is apparently a fan of Harry Potter and is currently dating a girl named Nikki. We know this because Yoon shared a picture of a cake and revealed that Anand’s girlfriend, Nikki, had made it for his 17th birthday.

Unlike the Umma in Kim’s Convenience, who tries to set up her children with established people, Jean is very liberal in real life and lets Anand date the girl of his choice. This shows that Jean is a great mom.