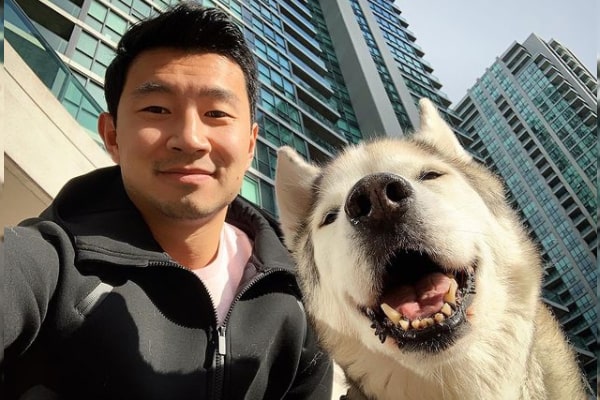 Simu Liu is in a commited relationship with his career. Image Source: Liu's Instagram.

Simu Liu is a Canadian actor, stuntman, and writer known for his performance as Jung Kim in the CBC television sitcom Kim’s Convenience. Amidst several career milestones, Simu Liu will portray the superhero, Shang-Chi in the Marvel Cinematic Universe with the film, Sang-Chi and the Legend of the Ten Rings. Worth noting, Simu Liu will become Marvel’s first Asian superhero.

Due to his Marvel role, the Canadian actor has earned the fame that further got him massive followers on Instagram. Moreover, his fans are also interested in learning about his dating life. Therefore, here’s everything one needs to know about Kim’s Convenience, Simu Liu’s girlfriend. We will finally find out if Liu is available or open for relationships. Therefore, do not leave until the end.

Who Is Simu Liu’s Girlfriend?

Canadian actor Simu Liu is known for his extraordinary performances on screen. Moreover, his flirty roles have gained him quite a fame, but in reality, Simu Liu seems to be a career-oriented person. While mowing through his social media posts and gawking every google search, all we ever found was how goal-oriented person Simu is.

Thus, Simu Liu is in a very secure relationship with his career and not a person. Leaping from CBC to Marvel alone can prove his dedication to becoming the best. Therefore, Kim’s Convenience’s Simu Liu is probably single but is definitely married to his career.

We all know the long-time feud between fame and privacy; they do not stay in a room together. However, Simu Liu seems to have maintained peace between them as his relationship affairs have never gotten out in public.

Besides being a successful actor and intensely focused on his works, Simu also makes sure his personal life remains confidential. Moreover, Simu Liu’s Instagram is a treat filled with his career-related posts.

Kim Convenience’s Simu also pays tribute to his parents, Star Wars, pets, and shares other talents, like singing. Thus, Simu Liu is a catch waiting on his to-be girlfriend/wife. Till then, we might have to hold our bottles extra tight, waiting on him to announce his relationship.

As previously stated, Simu Liu is utterly focused on his career. However, he was not an exception for assumptions.

Liu was allegedly dating co-actress, Tina Jung back in 2017. Furthermore, the alleged couple hung out together and tweeted pictures of them together. Although they looked happy together, neither Tina nor Simu confirmed their relationship.

Well, Simu Liu’s supposed sweetheart, Tina Jung also appeared in Make It Pop, Meeting Mommy and Kim’s Convenience. Having worked together on several projects together, their chemistry is irresistible, and might have fallen in love even.

hanging out at the Top of the Rock, being little tourists n’ all… happy July 4th!!! pic.twitter.com/ZjRPBeEIpq

P.S. the tweet is still up on Simu Liu’s Twitter. Also, Liu seems to be a romantic fellow, and Tina’s idea of sharing life with a loved one is beautiful. They’d have made a brilliant couple.

While he is persistent in keeping his life a secret, Simu once shared a tweet regarding his ‘then-girlfriend’ whose aunt tried to welcome him to Canada. Thus, there might have been other relationships as well.

Simu, who had been a Canadian citizen for two decades, wondered why nobody had said anything at the moment. He further added that the family was sweet. This might have been a sarcastic way to demonstrate the racism Asian feels every day.

Meanwhile, shall we go on a trip of his Twitter romance?

The world of social media creates bizarre circumstances and, in the case of Simu, an opportunity to go on a date with Primetime Emmy Award actress Sharon Stone.

Well, shooting a shot is never a problem. Thus, the Canadian actor asked Sharon out after she tweeted that Bumble deleted her account. The dating app had reportedly received reports from users claiming it as a fake profile, and thus, it was shut.

As a result, Liu swam in the opportunities in her Twitter replies, asking her out. Although the Basic Instinct actress hadn’t responded to the tweet yet, we aren’t entirely sure if nothing happened in their DMS. If you know Simu Liu, he manifests his dreams from Twitter.

The persistent attempt of Simu, lobbying Marvel to cast him as an Asian superhero since 2014, is coming true this year. Thus, we might as well hear about Simu and Sharon’s relationship in, what, next four years from now? Well, until then, let’s believe the ‘career,’ and ‘achievements’ are Simu Liu’s girlfriends at the time.