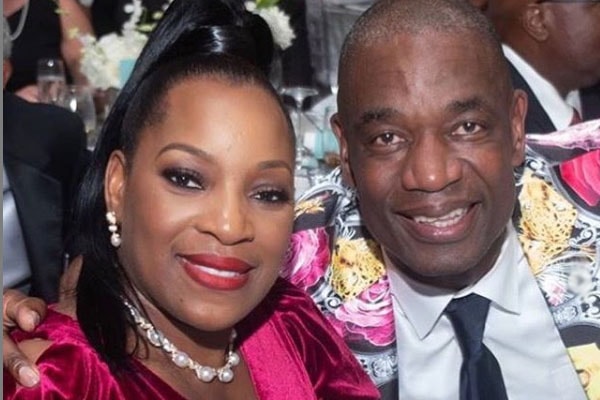 Legendary retired professional basketball player, Dikembe Mutombo‘s wife Rose Mutombo is a humanitarian who hails from the Democratic Republic of the Congo. The romantic couple, Dikembe and Rose have been happily married since 1996.

Rose and her husband Dikembe Mutombo are the proud parents of six children. Four of their children are adopted which belonged to his two deceased brothers. Two of the children are named Reagan Mutombo and Nancy Mutombo. Furthermore, the name of Dikembe Mutombo’s children are, Carrie Biamba Mutumbo, and Jean Jacques Dikembe Mutumbo Mplombo, Jr. One of her adopted children’s name is Ryan Mutombo, who is an emerging basketballer.

The skilled NBA player Dikembe was supposed to marry Michelle Roberts who was a medical student, back in 1994. However, the wedding was canceled because Michelle refused to sign a prenuptial agreement the day before the wedding.

Dikembe Mutombo’s wife Rose Mutombo has completely involved their life into good works. Along with her husband, Rose has been involved in multiple humanitarian efforts. Her recent charitable event was in 2017 when the duo attended the 13th annual UNICEF Snowflake Ball. Not only that but Rose also traveled to Rome, and there her husband spoke at a session on Advancing Sustainable Development.

Rose’s husband Dikembe has received many humanitarian awards including an honorary Doctor of Humane Letters by the State University of New York College at Cortland for his humanitarian work in Africa.

The personal adoption of their children clearly reflects the kind philanthropic nature of Rose and Dikembe. The compassionate and humane Rose might keep up her altruist work in the coming days too.

Rose Mutombo Is Also Into Fashion

Rose might not be a huge fashion icon supermodel but she is definitely a fashionista and a big shopper. During an interview with a player magazine, she told her favorite brands and stores which included Neiman Marcus and Saks Fifth Avenue.

Rose also picks up clothes and does the shopping for her husband Dikembe. She claimed her husband is tall and that Dikembe loves to wear casual clothes.

Rose Is Not Into Media Limelight

Dikembe Mutombo’s wife Rose keeps a low profile and doesn’t seem to enjoy the media limelight. The supportive wife and mother of six raised a large family along with her husband.

Although Rose is often spotted with her husband who is a famous NBA player, she herself is not quite media-friendly.