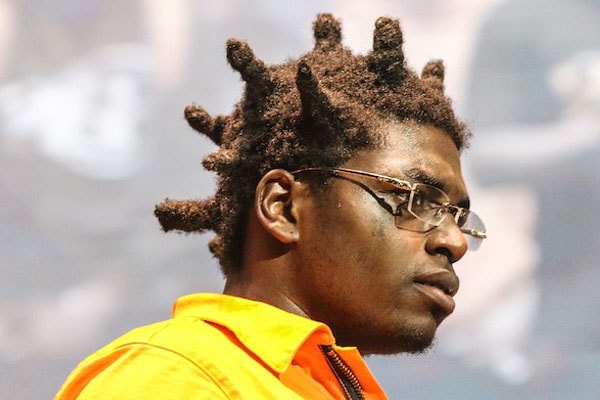 American rapper Kodak Black’s time with the jail officers is over as he has been released from Broward County Jail after serving seven months behind bars. He was imprisoned way back in January after he posted a video on Instagram where there was the presence of marijuana and a gun near a small kid. He was later cleared of many of these charges but still had to serve seven months behind the bar.

Kodak Black, whose real name is Dieuson Octave, was arrested in his home state of Floria and multiple charges were pressed against him. The charges included two counts of probation violation, possession of marijuana, possession of a weapon, child neglect, and many other felonies. While he was cleared of some charges like marijuana possession and child neglect, he still had to serve time for driving without a license and having involvement with criminals.

This is not the first time Kodak has been in the crossroads of law and order as he has served jail time on numerous occasions. In 2015, he was charged for robbery and once again for the same charge in 2016. He has also been previously arrested for charges like sexual assault as well as possession of a gun which belonged to a convicted felon. Kodak Black’s Net Worth is $2.5 million.

Kodak Black was arrested on January 18, 2018, after he posted a video on his Instagram account featuring a kid near a gun as well as marijuana. Black was arrested at his home in Florida on charges including grand theft of a firearm, possession of weaponry and cannabis and child neglect. Kodak’s lawyer had filed to dismiss the charges claiming the marijuana and guns displayed in the live video was for creative use.

On April 17, Kodak was sentenced to a year in prison for violation of driving on a suspended license which he pleaded guilty to. The If I’m Lyin, I’m Flyin rapper was released from jail on August 18, 2018, after serving seven months of a year sentence.

Many charges against him were dropped like child neglect and marijuana possession but still, he was charged with driving with an expired license and possession of a gun belonging to a felon. His jail time was cut short to seven months by the judge and he was released in August.

Kodak has had many run-ins with law and order on previous occasions. He has been charged with armed robbery on two different occasions in 2016 and 2017. In 2016, he has also arrested for having a weapon that belonged to a convicted felon. On February 7, 2016, Octave was alleged to have engaged in sexual battery of a victim at a hotel in Florence, SC. This makes him arrested three times in a year on different charges in 2016.

On September 2016, Black was sentenced 120 days for possession of marijuana and his driver’s license suspended for a year.

His other charges include battery at a strip club in Miami in 2017. In October of the same year, he was also charged with sexual assault but the hearing for that case hasn’t taken place yet. Over the years, he has also served a long amount of time under house arrest.