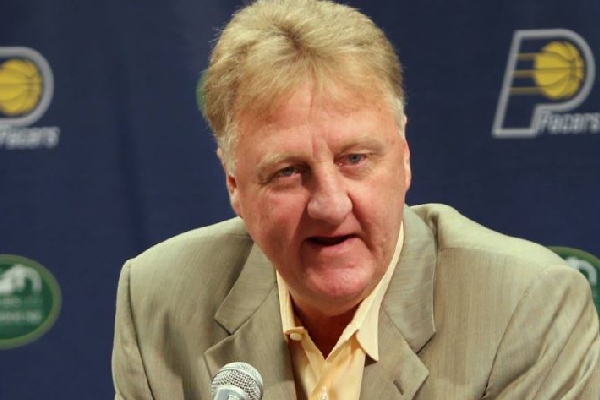 Larry and Janet were only married for a year. Image Source: Social Media.

Basketball legend Larry Bird’s life is full of surprises. From his spectacular career to his controversial personal life, Larry never fails to catch the media’s attention. Larry spent the entirety of his playing career at Boston Celtics and won three NBA titles with them. He was also the third player to ever win three back to back MVPs.

Janet And Larry Were Married Just For A Year

As we mentioned earlier, Janet and Larry married back in 1975. The couple had met each other at Spring Valley Highschool and were each other’s classmates. As Janet was Larry’s high school sweetheart, their relationship did not last more after Larry went to Indiana State. The couple was married just for a year and divorced on October 31, 1976.

While the exact reason for their divorce is unknown, it is more than likely that it was due to their irreconcilable differences. Larry and Janet did not have a friendly relationship afterward, so their differences must be pretty big. They even had a daughter named Corrie Bird, who was born after the divorce. Janet and Larry could not continue with their marriage due to the changing lifestyle of the newly uncovered basketball gem.

Janet Condra Is A Mother Of One

Janet and Larry are parents to their only child Corrie Bird who was born in 1977 after the couple’s divorce prior to that year. Corrie is the only biological child of Larry as he adopted his other two with his second wife, Dinah Mattingly. So, overall, Janet Condra and Larry Bird’s daughter Corrie has two siblings, Mariah Bird and Connor bird, from her father’s second marriage. Corrie spent all of her childhood with her mother, who was left alone by Larry.

Larry Bird’s ex-wife Janet has been an exceptional mother to her daughter, who was able to achieve quite a lot. Janet’s incredible self-esteem and belief made her more than a capable mom for Corrie. Corrie, who is now married and has a family of her own, must have realized how much her mother did for her.

Janet Had A Hard Time Raising Her Daughter

Corrie wanted to meet him no matter how many times he had hurt her. In an interview on the Oprah Winfrey Show, Larry Bird’s ex-wife Janet mentioned that: “When she was little, I made excuses. I couldn’t protect her from the hurt caused by her dad. I could protect her from everything else, but not that.”

It was quite a difficult moment for Janet because she was left clueless about what to do. Corrie’s day of meeting her dad finally came when she was invited by her step-mom to a Pacers game where Larry and Corrie finally met properly, and Larry even gave him a hug.