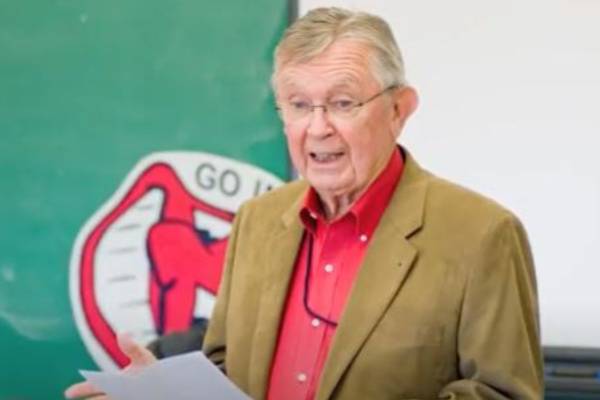 Larry Dolan is the principal owner of the baseball team, Cleveland Indians, and a retired attorney. As the team owner, many baseball fans are acquainted with Larry’s professional life. However, many are also interested in learning more about his personal life, especially his successful marriage to his wife, Eva Dolan.

And if you are one of them, stay until the end to know more about Larry Dolan’s wife, Eva Dolan.

Married To Larry Dolan Since the 1950s

Unlike many couples in the entertainment and business world whose marriages do not last much longer, Larry Dolan and Eva Dolan have been together since the 1950s. The pair first met while both of them were in college and have been each other’s partners since.

Larry and Eva met on a blind date organized by their mutual friend in December 1955. The Cleveland Indians owner was a Notre Dame student while his future wife studied at the adjacent Catholic college, St. Mary’s.

The lovely pair started dating soon after, and a year after meeting each other, Larry and Eva tied the knot. Dolan fell for his wife due to her beauty and intelligence. Moreover, the couple welcomed six children in their decade-long marriage.

Even after more than sixty long years together as a married pair, Larry Dolan and Eva Nolan still have the same love for one another.

Aforementioned, Larry Dolan and his spouse, Eva Dolan, have been together since 1955 and are still enjoying their life together. And in their long-lasting marriage, they have welcomed six kids, three boys, and three girls.

Moreover, as per ClevelandSeniors.com, Matt and his sister, Mary Dolan, are the same age. Therefore, there is a high chance the siblings are twins. Furthermore, Eva and Larry Dolan’s daughters, Joan Dolan and Carol Dolan, are younger than their three boys.

While the Dolan family is known around the Cleveland area, apart from Paul and Matt, Eva Dolan’s children have stayed away from the media. Paul Dolan followed in his parent’s footsteps and worked as a lawyer before becoming the part-owner CEO and chairman of Cleveland Indians.

Matt Dolan, on the other hand, is an attorney and is currently a member of the Ohio Senate. Eva’s son also served in the Ohio House of Representatives. Moreover, he has a partial ownership stake in the Indians.

Apart from the professional achievements, Eva and Larry Dolan’s kids have also found happiness in their personal life. As per a 2014 Akron Beacon Journal article, the Dolan couple has seventeen grandchildren.

With so many grandkids, Larry Dolan and his wife are undoubtedly enjoying loving them.

Larry Dolan’s Wife Worked As A Teacher And Lawyer

The Cleveland Indians owner finds it amusing that men will find women interesting due to their looks and smartness, but then allocate the job of a homemaker to them. And while Larry’s spouse also stayed home to take care of their kids at first, he supported his life partner when she chose to pursue a career.

Larry Dolan’s wife, Eva, worked as a teacher for a short time while also raising her six kids. And when her youngest child herself was old enough to attend school, Dolan went back and earned her law degree. Eva then used her degree and practiced law for five years.

However, she then left her law career behind for other adventures. After retiring from her professional career, Eva, along with her husband, Larry established The Allen J. Goebl ’50 Department of Languages at the Saint Ignatius High School in Cleveland.

Additionally, the Dolan family has received many awards for their contribution to Cleveland. They have been involved in the advancement of sports as well as Catholic communities in the area.

So, it seems like after quitting her job as a lawyer, Eva Dolan focused on helping her community. And she must have found immense happiness in doing so.