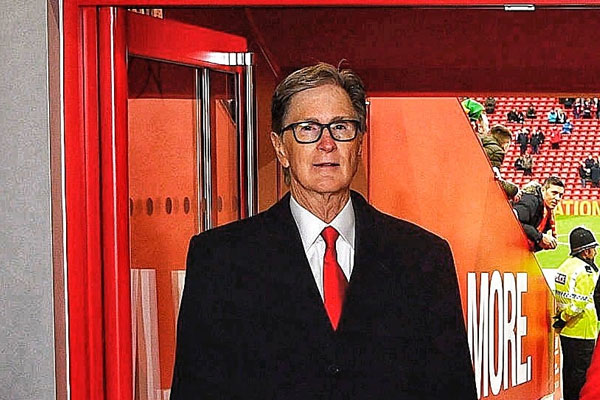 There are thousands of celebrities around the globe who have married multiple times till they find their true soulmate. And the glorious American businessman and sports mogul John W. Henry is also one of them who married thrice in his lifetime. Currently married to Linda Pizzuti Henry, John W. was previously in a marital bond with author Peggy Sue Henry.

So, how much do you know about John W. Henry‘s ex-wife, Peggy Sue Henry, and her life after divorce from the Liverpool FC owner? If you are still waiting to get familiar with her, then you are at the right place. Here, learn some facts about Peggy, including her profession and family life.

Peggy Sue Henry, Married To John W. Henry For Over A Decade

John W. Henry reportedly took the wedding vows with Peggy Sue Henry in 1993 in the presence of their close ones in Hawaii. Peggy is the second wife of the Red Sox owner, John W. Henry.

Before Peggy, John was in a marital relationship with Mai Henry whom he met in Norway during the late 1970s. However, the exact date they married and divorced is not known to the public yet.

Furthermore, everything went well between John W. Henry and Peggy Sue Henry for some years. However, various marital issues gradually started affecting their happily married life. As a result, they decided to part ways with each other at the beginning of 2007.

It was John who first filed for divorce against Peggy in a Delray Beach Court, Florida, on 17 May 2007, calling their marriage irreparably broken. According to court documents, Peggy requested child support and alimony and challenged Henry’s assertion.

Moreover, court documents also mentioned that they had a prenup agreement. Their divorce reportedly got finalized only a year later, in 2008.

A Mother To A Daughter With Her Ex-husband

Though Peggy Sue Henry could not continue her life as John W. Henry’s wife for eternity, she got the privilege to be a mother with him. Together, the former married couple, John and Peggy, welcomed a daughter whom they named Sara Henry in 1997.

For some years, Peggy and her ex-husband, John W. Henry, raised their daughter Sara together. But after their divorce, the two asked for equal custody of their little girl, which the judge approved.

After official separation from John, Peggy with her daughter moved to the Gulf Stream, Florida, from their Boca Raton home. However, she also purchased a home in Boston to be near Sara while she met her father, John.

While John is constantly in limelight (most recently after putting Liverpool up for a sale), his former spouse stopped being in front of the camera after ending her marriage with him. On top of that, it seems like she is not active on any social networking sites. It hints that she prefers to be far from the unnecessary media hindrances linking her with her former husband.

So, Peggy Sue’s present life is a mystery at the moment. However, some online sources report that she is an author and an owner of Jayhawk Rock Shop. But there are not enough proofs to verify that Peggy, whom some sources call an author, is John W. Henry’s ex-wife, Peggy Sue. So, let’s hope either Peggy or any of her close ones will soon come before the media to remove people’s confusion concerning her work.

For now, Peggy Sue Henry lives a peaceful life far from the reach of the media people. We hope she is in good health and enjoying her life with her dear ones.