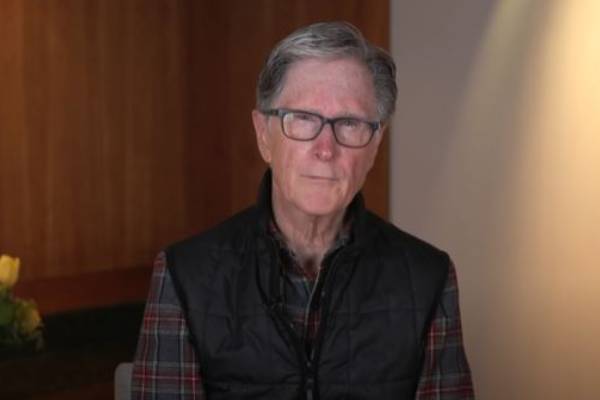 John William Henry II, also known as John W. Henry, is one of the famous names in the business world and sports industry as well. John, the founder of John W. Henry & Company, is also the principal owner of several sports clubs and a newspaper like Liverpool Football Club, the Boston Red Sox, The Boston Globe, and even co-owns Roush Fenway Racing.

With the ownership of several clubs and involvement in many business ventures, his net worth and wealth have been a topic of interest. So, how much fortune the American businessman has amassed?

In this article, let’s find out about John W. Henry’s net worth and his earning details.

As stated above, John W. Henry owns several clubs and has also been involved in different business ventures. As a result, he must have accumulated a significant amount of money. As per Forbes, John W. Henry’s net worth is estimated to be $3.6 billion.

Similarly, as per The Richest, John has a fortune worth $2.2 billion. So even if the amount varies, it is clear that Henry is a multi-billionaire.

Income From The Ownership Of Several Clubs

As mentioned before, John is the owner of several sports clubs. In 1989, he purchased a Minor League Baseball team, the Tucson Toros of the Pacific Coast League. Furthermore, he also co-founded the Senior Professional Baseball Association. It is a winter league that is conducted in Florida, which comprises of retired major league players.

Moreover, Henry also co-owned the West Palm Beach Tropics, which was managed by the former Boston Red Sox manager, Dick Williams. In 1990, Henry sold his interest. With the purchase of a small stake in the New York Yankees, he entered the Major League Baseball in 1991.

In 1999, John became the sole owner of the Florida Marlins after he bought the club for $158 million from Wayne Huizenga. Three years later, in January 2002, he sold the team to Jeffrey Loria in a multi-franchise deal. However, it was not the end as Wayne then went on to buy several other teams.

Ownership Of Boston Red Sox And Other Teams

After the sale of Marlins, John and his partners, the New York Times Company and Tom Werner, bought the Boston Red Sox from the Yawkey Trust led by John Harrington. He then became the principal owner of the team, and Werner became the chairman. Furthermore, he also hired Bill James, baseball sabermetrics pioneer.

The same year, in October 2010, it took over Liverpool Football Club.

Moreover, in September 2004, John co-founded iRacing.com Motorsport Simulations with David Kaemmer. It is a subscription-based racing simulation online video game that developed a racing simulation service aiming at both racing simulator enthusiasts and real-world racers. In August 2008, the service was launched.

Thus, John W. Henry must have made a good sum of money from the success his sports team has found over the years.

The successful businessman, John, is said to be a self-made businessman and a billionaire. Growing up with parents who were soybean farmers, he traded corn and soybean futures in order to learn the basics of hedging the price risk of holding an inventory of these commodities, whether out in the field or in storage.

John developed a mechanical trend following method in order to manage a futures trading account and tested it. After it proved successful, in 1981, he founded John W. Henry & Company. First, he opened a small office across the street from the airport in Irvine, California. Then, he began marketing his management to the largest commodity brokerage firms in the USA.

After achieving success there, Henry moved to larger quarters at Fashion Island in Newport Beach by 1983. Six years later, in 1989, he moved to Westport, Connecticut, and two years later, he opened a second office in Boca Raton.

The company announced in November 2012, that it would stop managing the client’s assets on December 31, 2012. In August 2013, The New York Times and The Boston Globe reported on their websites that he had agreed to buy the latter for $70 million in cash from The New York Times Company.

In addition, the sites reported that he had partnered with the Telegram & Gazette newspaper of Worcester, Massachusetts, to buy the newspaper from the company.

The New York Times Company had paid $1.1 billion to buy The Globe in 1993. In 2014, he sold the Worcester Telegram & Gazette to Halifax Media Group.

Hence, John W. Henry’s net worth must have skyrocketed after completing these purchases.

While his professional life has gained abrupt success, John’s marital life was not that successful. He has been married three times. He was married to Mai Henry, his first wife, with whom he had tied the knot during the late 1970s. However, their marriage ended but the reason behind their divorce has not been revealed yet.

After Mai, John got married to Peggy Sue Henry in 1993. They together welcomed a daughter. Sadly, their marriage also ended in 2007, after more than a decade of togetherness. On May 17, 2007, he filed for the divorce against Peggy in Delray Beach Court, Florida.

As per the divorce settlements, John’s ex-wife requested him for alimony and child support and even challenged Henry’s assertion. Plus, the court documents revealed that the separated couple had a prenup agreement. In 2008, their divorce was finalized.

The alimony and child support must have made a decent dent in his fortune. But, with the growing business ventures of John, it must have already recovered.

As mentioned earlier, John W. Henry’s net worth is estimated to be $3.6 billion. With a multi-billion dollars worth fortune, it won’t be a big surprise to say he can afford a comfortable and luxurious lifestyle.

Well, Henry lives a comfortable life with his wife Linda Henry and kids in Brookline, Massachusetts.

However, Massachusetts is not the only place where he has invested in real estate. He also has another mansion in Boca Raton, Florida. In December 2018, his Florida mansion was in the market for $25 million. He had bought the property in 1991 for $8450,000. Three months later, in March 2019, he had set an asking price of $15 million.

Additionally, as per Superyachtfan, John also own several yacht including yacht Elysian. Furthermore, he also owns a Bombardier Global 5000 private jet. He must have a great collection of different cars too.

Since he is still dedicated to his career, John W. Henry’s net worth is also likely to increases in the coming days.