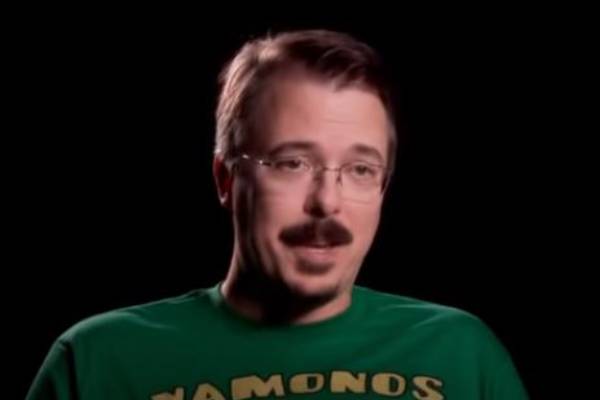 Vince Gilligan's net worth includes his earnings as the creator of many successful television shows. Image Source: Social Media.

Breaking Bad and Better Call Saul are counted among the best series that has graced the television screen. The AMC shows have wowed audiences worldwide and won critics’ hearts for their story and execution. And one has to thank the show’s creator, Vince Gilligan, for introducing the characters like Jesse, Walter, and Saul.

Like the actors behind these three loved characters, Vince is also recognized by the fans of the series. Moreover, many are curious to learn everything about the man who created this amazing universe. But mostly, people want to know how much Gilligan earned from Breaking Bad and Better Caul Saul.

So, today, let’s find out how much is Vince Gilligan’s net worth and learn how much he truly pocketed as the creator of two successful shows.

Vince Gilligan Net Worth And Earnings

Thanks to his decades-long work in the entertainment business, Vince Gilligan has amassed a fortune of $35 million, as per Celebrity Net Worth. However, The Richest estimated his net worth amounts to $25 million.

While there are contrasting reports regarding his riches, it is clear that Vince is a multimillionaire. So let’s find out how he managed to amass such a massive fortune.

Also Read: Find Out How Much Is Jillian Rose Reed’s Net Worth

Income As A Creator Of Breaking Bad Franchise

Aforementioned, Breaking Bad is one of the most-watched and loved television series around the world. Vince Gilligan created, wrote, produced, and directed the show, which is regarded as one of the best drama series. In addition, due to its immense success, Gilligan signed a deal with Sony Pictures Television to create the spin-off series Better Call Saul.

It is unclear how much profit these shows made, but the lead actors of Breaking Bad, Aaron Paul and Bryan Cranston, respectively, pocketed $150K and $225K per episode. As for Bob Odenkirk, the star of Better Call Saul, he earns $200,000 per episode.

Since the lead stars earn such a considerable sum, there is no doubt that the creator of these shows, Vince Gilligan’s net worth has benefitted from its success. As per The Richest, he received $50,000 per episode from the show Better Call Saul.

Moreover, the talented director has continued to renew his deal with Sony  Pictures for years which has helped increase his fortune. As per reports, when Vince renewed his deal with the company in 2018, the three-year contract was estimated to be around $50 million.

Moreover, in July 2021, Gilligan ended up with an eight-figure deal to continue working on Better Call Saul and developing new projects for Sony.

Income From Other Works

While Breaking Bad made Vince Gilligan a household name, he had already worked in the industry for a decade before creating the show. His first work was the 1993 movie, Wilder Napalm which starred Dennis Quaid and Debra Winger.

Gilligan was then involved in the making of Home Fries, which had Drew Barrymore, Luke Wilson, and Catherine O’Hara playing lead roles. Vince had written the script while he was enrolled at Tisch School of Arts and even won the 1989 Virginia Governor’s Screenwriting Award.

Furthermore, Vince also worked on movies like A.M.P.E.D., Hancock, and Pulse, all of which did well financially. And given below are the box-office collection of films that Vince Gilligan worked on:

Along with movies, Gilligan also worked as a writer for the hit tv show, The X-Files. He had been a big fan of the show and submitted his script to Fox, which later became the 23rd episode of the series’ second season. Vince went on to work on 29 more episodes and was also the co-executive producer, producer, supervising producer, and co-producer of many episodes.

Moreover, he was the executive producer and co-creator of the spin-off series, The Lone Gunmen. However, this show did not receive similar reception and only ran for a season. Despite this setback, Vince must have been paid handsomely for his work. Also, having adopted various roles in The X-Files, he must have received a considerable sum benefitting Vince Gilligan’s net worth.

In addition to working on various projects in the Breaking Bad franchise, he has been involved in shows like Metastasis, Battle Creek, Harsh Realm, and Night Stalker. He has also tried his hand in acting and starred in a single episode of the series Community, Comedy Bang! Bang!, Penn Zero: Part-Time Hero and American Dad!.

With the multi-talented artist covering such varied roles on the aforementioned shows and movies, it is no surprise that Vince Gilligan’s net worth is in millions. And the massive fortune has helped Vince enjoy a lavish lifestyle.