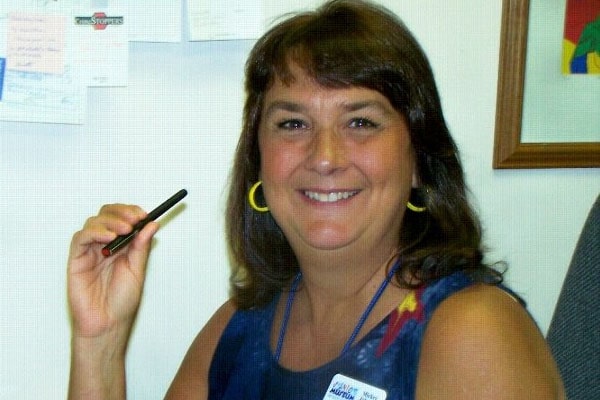 Bryan Cranston is one of the most well-known names in the movie industry. A native of Los Angeles, California, Bryan Cranston is famous for his contribution to showbiz as an actor, producer, director, and screenwriter. Cranston is mostly recognized for portraying the character Walter White in the AMC crime drama series Breaking Bad from 2008 to 2013. It won him the Primetime Emmy Award for Outstanding Lead Actor in a Drama Series four times. As a producer and screenwriter, Cranston worked in Sneaky Pete, The Dangerous Book for Boys, and many more.

Besides being a leading entertainment figure, Bryan Cranston is also a successful family man with a loving wife. Cranston has been married to Robin Dearden for over three decades. However, Dearden is his second wife, and he was previously married to Mickey Middleton. Here, please take a peek into Bryan Cranston’s ex-wife, Mickey Middleton’s life after separation from the actor, along with her profession.

Mickey Middleton And Bryan Cranston Were Together For Five Years

The Oscar-nominated actor Bryan Cranston walked down the aisle with Mickey Middleton on 10 November 1977 in a private ceremony. The ex-husband-wife duo, Cranston and Middleton, met at the Daytona Little Theatre and immediately fell for each other. They dated for some months before deciding to tie the knot in 1977. When Bryan Cranston married Mickey Middleton, he was in his early twenties and was a struggling actor.

Both Cranston and Middleton were young when they were married, and after few years, things did not work out between them. As a result, they decided to part their ways away after five long years as husband and wife. The former couple notified the end of their married life on 8 April 1982.

Furthermore, while talking to the Financial Times in 2014, Cranston revealed that he and his now-estranged wife, Mickey were not in love like other romantic partners. He explained that his then-spouse wanted more than anything a baby, a house, and to be in the church choir while he was set on becoming a Hollywood star. The former couple then realized that while they did love each other, it was not enough to spend a lifetime together. So, Bryan and Mickey ended their relationship amicably in 1982.

Did Mickey Middleton Remarry After Separating From Cranston?

After the divorce in 1982, Bryan Cranston’s ex-wife, Mickey Middleton, moved to Florida and started a new chapter in her life. She seems to have married a guy whose name is not available to the public yet. However, the people who know him call him Mr. Newman, and Cranston’s former wife was known as Mickey Newman. When Middleton found her new love, he already had four daughters from his previous relationship.

Soon after starting a relationship with a new guy, Mickey Middleton, also known by the pen name Mickey MorningGlory, gave birth to a son named Stephen Newman. She is also a step-mother to four Newman girls, one of whom is named Katie Newman Mann. Mickey often shares photos of her children on her Facebook page. Scrolling through her page, it seems like she is enjoying her life to the fullest and does not hesitate to showcase her love for her family.

Furthermore, as we mentioned earlier, Mickey’s ex-husband, Bryan Cranston, is also happily enjoying his married life with his wife, Robin Dearden. The romantic pair, Bryan, and Robin have a daughter, Taylor Dearden Cranston, whom they welcomed on 12 February 1993. Bryan Cranston’s daughter, Taylor, is also a famous American actress best known for portraying Ophelia‘s role in Sweet/Vicious.

Bryan Cranston’s Ex-wife, Mickey, Is An Author And Former Teacher

Micky Middleton, famous in the Blountstown area as Michaelle Louise Middleton, was passionate about the arts her entire life. She remarks that Books and music were always her best friends. Her parents, Dr. Wilbur A. Middleton and Mary Middleton supported her along the way, encouraged her to write stories and compose songs since her early childhood. Currently, Mickey is a featured author and contributing editor on Patent Print Books. She has authored numerous books to date appropriate for adults and children, including The Tainted Teacup and The Trackers Series.

Follow this link for a FREE audible upload of BACKTRACK: THE SCOUT’S STORY! https://t.co/Ucn2asnuRp pic.twitter.com/cYAIWlgzwV

Furthermore, Bryan Cranston’s ex-wife, Mickey Middleton, also provides freelance editing, writing, and proofreading for international contractors. Before this, she was a consultant and RFP Writer at Emergency Mass Communications Company and Inclusion Paraprofessional at Northwest Florida School District. Similarly, Middleton was an Analyst and Technical Writer at Innovative Professional Solutions, Inc. Also, she worked in the iSirona: A NantHealth Company as Training Specialist and Change Management and Records Administrator for some years.

Mickey Middleton also provided her service as a classroom and music teacher at the Calhoun County Schools and Bay District Schools for over eighteen years. The graduate of Florida State University with a BS in Elementary Education, Middleton was a certified classroom teacher of Grade 1 to 6. As a teacher, she won the Florida Center for Teachers Award from Florida Humanities Council.

Mickey Middleton Was A Singer And Musician

As we discussed above, Mickey also had a passion for music since her early childhood. She joined music classes and even started composing songs while she was a child. Middleton landed on the stage during high school and college, drawn to musical theater. She used to perform at the Dayton Little Theatre, where she met her former husband, Bryan.

After meeting Bryan, Middleton headed to California, where she enrolled in the Burbank Civic Light Opera, performing in venues from LA to Japan. Soon after divorce from Cranston, Mickey joined Christian Churches as a Musician and Worship Director in 1982, where she worked till 2013. She was also the Director of First Impressions at Keller Williams Success Realty.

Moreover, artistic Mickey Middleton even contributed to some underrated films as an actress and singer. She was a member of the American Federation of Television and Radio Artists. Currently, Middleton does not seem to be involved in music-related works. However, she is still giving continuity to her career as an author. At the moment, Bryan Cranston’s ex-wife, Mickey, lives a blissful life in Florida with her new family.