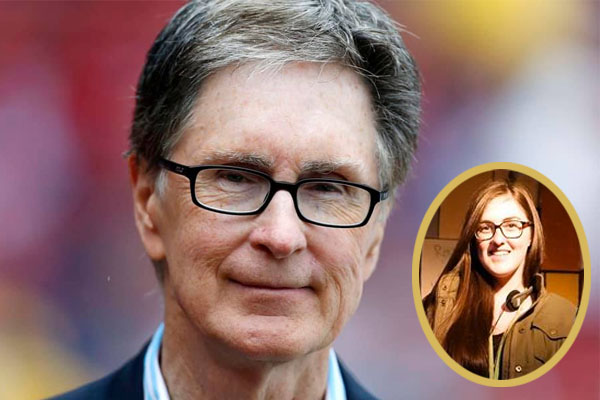 Almost every sports lover and those who show interest in the business world might be well-updated with the celebrated American businessman and investor, John W. Henry. He has most recently gained more attention after putting up Liverpool for a sale. But only a few know about his personal life, including his marital life and children. So, currently, with the rise of Henry’s fame, people are eager to peek inside his family life.

Hence, here, we will be discussing some facts about John W. Henry’s daughter, Sara Henry. So, stay with us to the end to learn about the beautiful child of the sports entrepreneur.

Sara Henry is the daughter of John W. Henry with his former wife, Peggy Sue Henry, with whom he was married for more than a decade. Together, the now estranged pair, John and Peggy, reportedly welcomed their only child, Sara in 1997, in Boca Raton, Florida. She is also the first child of John W. Henry.

According to sources, Sara Henry’s parents, John W. Henry and Peggy Sue Henry exchanged their wedding vows in 1993, a few years after her dad entered the Major League Baseball world. The former pair reportedly tied the knot in a private ceremony in Hawaii. However, things started going messy in their marital life, and eventually, the duo decided to separate in 2007. Their divorce got finalized only a year later, in 2008.

Soon after legally separating from her mom, Sara’s father, John began dating Linda Pizzuti aka Linda Pizzuti Henry whom he married in 2009. Sara has two half-siblings from John’s marriage with Linda, sister Sienna Henry, and a brother, whose name is still not revealed to the public.

Moreover, some sources claim that Sara Henry’s father, John Henry was also previously in a marital relationship with a lady named Mae Henry. However, they reportedly ended their marriage before they welcomed any kids together.

As mentioned above, Sara Henry’s parents, John W. Henry and Peggy Sue divorced in 2008, calling  their marriage ‘irretrievably broken.’ Though John ended his marriage with Peggy, he asked for the equal parental responsibility of Sara, which the court approved after their divorce.

After her parents’ judicial separation, Sara and her mom, Peggy, moved from Boca Raton to Gulf Stream, Florida. Though they mainly lived in Gulf Stream, Peggy had a home in Boston too, so she could be close to Sara when she was with her dad. But now, John W. Henry’s daughter, Sara Henry, is a grown-up girl. So, she currently lives on her own.

You might not be shocked to hear that John W. Henry is a great Fab Four fan. He was fourteen when The Beatles landed in the United States, and from then on, he was a Beatles fan. Like him, his sweet daughter, Sara Henry, is also a lover of the band. According to John, Sara also became a Beatles fan like him at the same age. And that is the reason they both love to visit The Beatles Story together.

Whenever the father-daughter duo, John and Sara, get some free time from their busy schedules, they call each other and go to the Beatles Story. Seeing her devotion to the Beatles band, we suspect that Sara might have some music skills. But, sadly, she usually stays far from the reach of the media, and we cannot confirm if she really does have such talents or not.

Nevertheless, the 24-years old beauty Sara Henry might be living a peaceful life behind the camera. Therefore, we expect to hear more about her in the upcoming days.