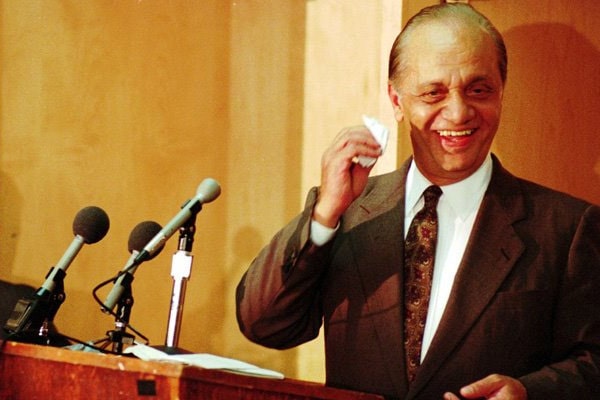 The American trial lawyer and the majority owner of the Baltimore Orioles, Peter Angelos, is now 92 years old. But still, people show interest in his professional and personal life, including his wife, children, and grandchildren. At present, many might be well-updated about his sons, John P. Angelos and Louis Angelos. But, how much do people know about Angelos’ beloved wife, Georgia Kousouris?

So, here, we will primarily talk about the celebrity baseball executive Peter Angelos’ wife, Georgia Kousouris, who played a significant role in her husband’s success.

According to reports, the Baltimore, Maryland native Peter Angelos married the daughter of Alicia F. Kousouris, Georgia Kousouris, in 1966. But, sadly, the details of their marriage ceremony, including the wedding venue, the attendees, and others, are still not available for the public. However, one can expect it was a grand one, and all of their close ones were present to give them blessings on their big day.

After a couple of years of their wedding, Georgia and her spouse, Peter Angelos, became parents for the first time with the arrival of their son, John Peter Angelos, in May 1968. Similarly, they welcomed their second son, Louis Angelos, some years later. Currently, both of the couple’s grown-up sons, John and Louis, are also successful lawyers like their dad and handle their father’s law offices and other businesses.

Hence, Peter Angelos’ marriage with Georgia Kousouris has crossed over half a century. Still, their love and care for each other seem to be as strong as it was at the beginning of their relationship. We hope their affinity towards each other remains the same till their last.

She And Her Man, Peter, Donated A Parking Lot To A Church

Both Peter Angelos and his long-time wife, Georgia Kousouris, are involved in philanthropic works. Once they bought and donated a parking lot to the parish that was for sale across the street in memory of Georgia’s grandpa, John Kousouris.

Besides the parking lot, Georgia and Peter even had gifted many more to the church. They gave two Preston Street buildings, purchased from the Theatre Project, and a hand-carved wooden ‘screen of icons’ in the main sanctuary.

Apart from donating to the church, Georgia and Peter Angelos are also active in other humanitarian works. They founded a non-profit organization named Peter and Georgia Angelos Foundation in 1993. Its main aim is to give primarily to the arts, education, health sectors, and many more.

Like her husband, Peter Angelos’ wife, Georgia Kousouris prefers to stay usually far from the reach of the excess media limelight. Ever since she got hitched with Peter Angelos, she hardly ever appeared before the media with her famous husband. On top of that, she neither seems to have any social media accounts in her name nor appears on her kids’ accounts.

So, most of the details on Georgia Kousouris, including what she did while she was young and her likes and dislikes, are still under the radar. But, we still hope either she or her family members will disclose them to the public someday so that people can know more about her.

For now, Georgia Kousouris, aka Georgia Angelos, lives a blissful life with her husband, Peter Angelos. Together, they are spending their senile years, peacefully sharing love and care for each other and seeing their kids and grandkids growing up. We wish Georgia and Peter good health and happiness in the coming years and always.