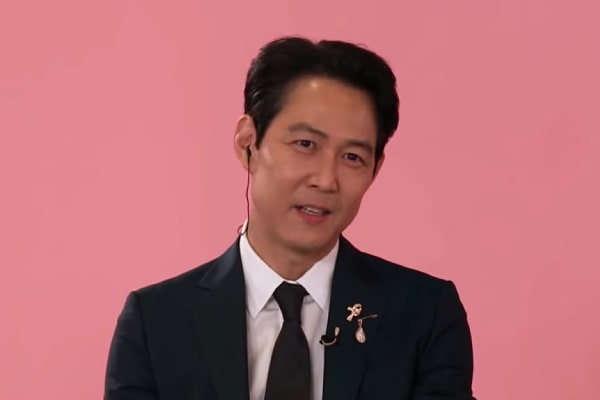 Lee Jung-jae skyrocketed to stardom after his gripping role as a player no. 456 in the hit Netflix series Squid Game. The South Korean actor recently made his directorial debut with the blockbuster movie Hunt. If you have watched Squid Game, you might be familiar with the fact that Lee Jung-jae didn’t have any luck in the romance department and also struggled to maintain a stable life in the series.

However, in real life, the handsome performer’s story is the polar opposite of his character. He has been in a loving relationship for many years. So, who is Lee Jung-jae’s girlfriend? How long have they been together? Let’s find out the answers to all the questions in today’s piece.

Who Is Lee Jung-jae’s Partner?

The famous star Lee Jung-jae’s lady love is Im Se Ryung. Several sites suggest that her name is Lim Se Ryung. Well, the identity of the actor’s partner might shock you. So, brace yourself. She is the heiress of Daesang Group, a major food company in Korea, and is currently serving as the vice chairwoman in the group. Before getting promoted to her current position, the actor’s girlfriend was an executive director of the group.

Born in 1977, Im Se-Ryung is the eldest daughter of the group’s chairman, Lim Chang-wook. The vice chairwoman is a graduate of Yonsei University. As one of the members of the country’s wealthiest and most powerful families, she is like a celebrity in South Korea.

Together For Several Years

The Daesang Group heiress and the Squid Game star first met through a mutual friend in 2005. The pair didn’t develop a romantic relationship right away but were friends. However, by 2010, dating and marriage rumors had started to pop up. But, the couple continuously denied all the rumors regarding their romance.

When the duo’s dating rumors first surfaced, Im Se Ryung was still married to the Samsung leader. After she divorced Lee Jae Yong, she seems to have developed a solid bond with the actor. Lee Jung-jae also appeared in a commercial for Daesang Group in the past.

Eventually, the smitten pair got caught on a date on 26 December 2014. On 2nd January 2015, the actor confirmed his relationship but denied other allegations, including his marriage. The next day Mr. Jung’s agency C-JeS Entertainment warned to sue anyone spreading a false rumor about the actor’s relationship with the Daesang Group’s heiress. Nevertheless, the smitten pair’s bond is still going strong.

The adorable couple confirmed their relationship late. But even after the declaration, the duo has kept their love life under wrap. As a result, Im Se Ryung and her lover refrain from sharing any photos on social media. But, the beautiful lady has graced the red carpet several times.

Moreover, the famous star has been cautious about his relationship with the third-generation member of the wealthy family. Regarding the reason for their low-key dating life, the Hunt director explained he wants to prevent his girlfriend and her family from being hurt or their privacy being violated.

Any Plans Of Marriage?

There have been many rumors about the marriage of Lee Jung-jae and Im Se Ryung. It has already been seven years since the couple confirmed their bond and the pair is yet to exchange their wedding vows. As a result, many people might want to witness the duo’s marriage. Let’s hope they will share news related to their plan on this matter soon in the coming days.

Altogether, Lee Jung-jae’s girlfriend hails from one of the most powerful families in South Korea. She is a doting mother of two kids whom she had with the current Samsung vice-chairman. The heiress and the Squid Game star started dating several years ago, and they still share a solid bond. We wish the duo’s love last for a lifetime.