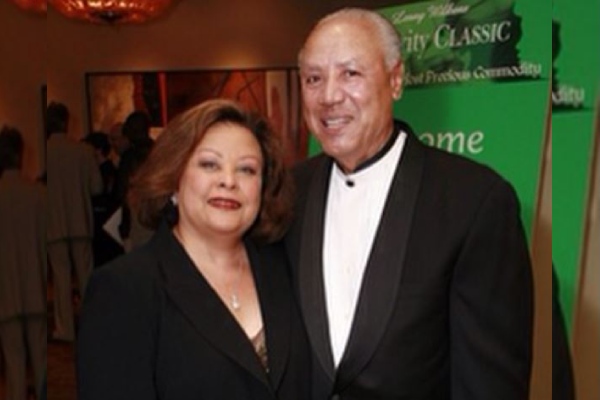 You are not a basketball fan if you don’t know this man, Lenny Wilkens. He is a former basketball player and coach in the National Basketball Association (NBA). He is one of the most successful players turned coaches in basketball history. Leonard Randolph Wilkens has been inducted three times into the Naismith Memorial Hall of Fame: as a professional player in 1989 and twice as a coach in 1998, and in 2010 as part of the 1991 United States Olympic “Dream Team.”

Enough about this wonderful player turned coach; this article is about the personal side of his life- to be precise, his wife Marilyn J. Reed. Though his professional life has been the central point of the public eye, his personal life is unknown to many people. Stick to the end of this article to learn more about Lenny Wilkens’ wife, Marilyn J. Reed.

Marilyn J. Reed And Lenny Wilkens Have Been Married Since 1962

Marilyn J. Reed is the long term wife of Lenny Wilkens. The couple exchanged their marital vows on July 28, 1962. Lenny was 25 years old at that time and played for the St. Louis Hawks. The two got married in a time when there were no internet and no such thing as social media, so further information regarding the wedding hasn’t been out yet.

However, one thing that we know is how supportive Marilyn is. She and her husband have been married for 58 years, as of now. Lenny’s career has gone through ups and downs, from being a player to a coach, during these 58 years, and his wife has been his constant support. Like it’s said,’ There is a woman behind a man’s success,’ Marilyn is that woman in Lenny’s life. The couple currently lives in a luxurious home on Evergreen Point Road in Medina.

Marilyn Is A Mother To Three Children

As much as she is a devoted wife, she is a devoted mother too. After the marriage, she and Lenny gave birth to three children. Randy Wilkens is the eldest of all the siblings and the other two are Leesha Wilkens and Jamee Wilkens. All of them grew up in the time when their father’s (Lenny’s) career was at the peak point- it has always been. So the chances of having a strong father-children bond between them were not likely. And that’s when Lenny Wilkens’ wife Marilyn stepped in as the savior.

Marilyn is ‘great’ when it comes to being a mother. She has a great and strong connection with all of her three children. She had the main role in their excellent upbringing and to see how all of her children have grown up like a charm is wonderful.

ALSO READ: Rick Adelman’s Wife Since 1973 Is Mary Kay Adelman, What Could Be Her Health Issues?

The Foundation has been helping Children Hospital, many Boys and Girls Clubs, Rainier Scholars, and an educational organization called A+ along with the Odessa Brown Children’s Clinic. Lenny Wilkens’ wife Marilyn and all of her family, including their children and grandchildren, enjoys going to the foundation to meet the people out there.

Marilyn has been a supportive wife and a supporting mother. Her passion for philanthropism has been clearly reflected through her work through the Lenny Wilkens Foundation. To conclude, she is a wonderful human being who has been one of the major reasons behind Lenny’s success. We wish her and Lenny a healthy and happy life ahead.